newsMoving Beyond The Indian Act – Constituting our Way Forward 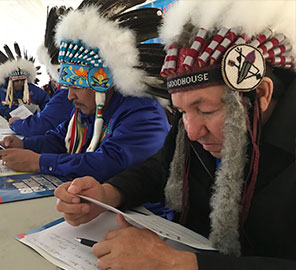 Moving Beyond The Indian Act – Constituting our Way Forward

Community engagement sessions on the development of the local constitution are being planned for the First Nations members to become informed and provide input from the members of the Territory. All members are welcomed and encouraged to attend as this work unfolds. Notices for the sessions will be posted in the community, on the Anishinaabe Agowidiiwinan Treaty 2 Facebook page and the website, so stay tuned! We look forward to your participation!