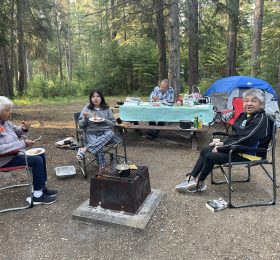 Connecting with Mother Earth and strengthening family traditions through land base learning.

Treaty 2 Territory – Aaniin, during my land base activities and cultural practises, I connected to mother earth to do the things that I... 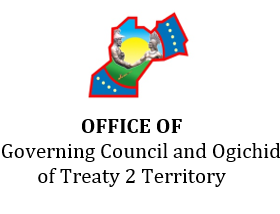 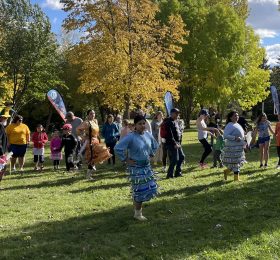 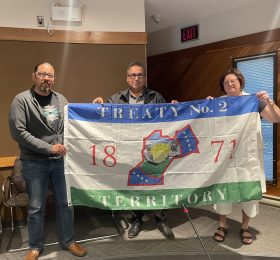 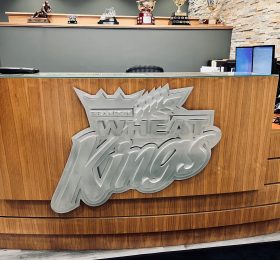 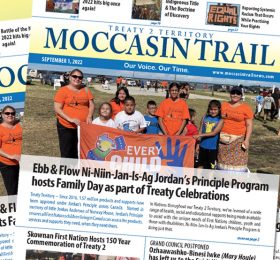 To provide awareness and ignite interest of the women from the Treaty 2 territory a session was held specifically for the women at the Grand Council gathering. An overview of the development of the Treaty 2 governance work was provided and opportunity was given to the participants to review the ToR with further recommendations for consideration. Overall, the women in attendance held discussion on the areas of work that they felt needed immediate address and provided recommendations for moving forward.

Accomplishments Women from the Treaty 2 Territory met for the first time to become aware and informed of the work of the AA_T2 Women’s Council. An introduction of the role and responsibilities of the Women’s Council was provided and reviewed. The women expressed their perspective on the ToR and discussed the areas of priority that needed immediate address. Control and reclamation for jurisdiction over the legislation and programs and services for family wellness, and child protection were identified as the main areas of focus for the Women’s Council. The women were eager to begin the work necessary to get the Women’s Council established and active locally and throughout the territory. The keenness of the women was reflected in their plan to meet as a group immediately after the gathering to talk further. Two women Elders from Keeseekoowenin who have been doing family healing on the land offered their camp as a place to begin these immediate talks and a number of the women attending the session volunteered their immediate support and attendance. The support for establishing the Women’s Councils locally and on a territorial basis was strong.

Challenges Women reviewed the ToRand responded that these terms continued to be formatted in a colonial way, stating that a hierarchy was not the way to organize. They spoke of organic approaches with self-identified methods for inclusion of all women was necessary. The women also spoke of the concern to establish transparency within their governance systems and full participation of all. They questioned the authenticity of the development and its follow through. Primarily because the Indian Act has overruled the traditional approaches of governance, they stated the need to return to the “Clan Mother” way of governance was necessary. The women spoke of their concern if their recommendations would be truly respected and if their direction would be heeded by the leadership. Going further to say that the paternal system of colonization under the Indian Act system was what was undoing their community cohesion and to move forward collectively, and that it is the grandmothers and mothers that needed to lead the leadership. Another challenge that was very apparent was the clash between the Christian and Traditional approaches for unity with some women wanting full banishment of the Christianity and others who did not. Clearly this is a local issue that will need to be addressed by the membership of the First Nations and not the responsibility of the AA T2.

Solutions The women spoke of addressing the challenges by hosting open dialogue sessions within the communities to raise the issues surrounding family wellness and child protection. They went further to recommend establishing spiritual practices that would bring healing to their families and community. This specific issue is a sensitive one that is not the responsibility of the AA_T2 but rather one that must be handled locally and through the will of the community only; however that AA_T2 could facilitate the process and help each First Nation establish plans to address the local issues. The women clearly stated that they were ready to reclaim the jurisdiction for Child and Family approaches and the development of a system that was not governed by settler governments or out of their control.

Upcoming The women in attendance of the session planned to meet at the Medicine Eagle Camp located at eh Keeseekoowenin Ojibway First Nation 61a, on Sept 7 & 8, 2018 to talk further and develop a plan of action to reclaim the jurisdiction over the Child and Family Services. As it is a first meeting and is not inclusive of all the representatives at this time, the subsequent gathering is informal but will provide some direction for moving forward in terms of community wellness and family supports. As well, because not all seats on the AA_T2 Women’s Council are filled, another call out to the First Nations leadership will be made to identify their official representative. A further review of the Women’s Council ToR will also be conducted and revised as recommended in the session.