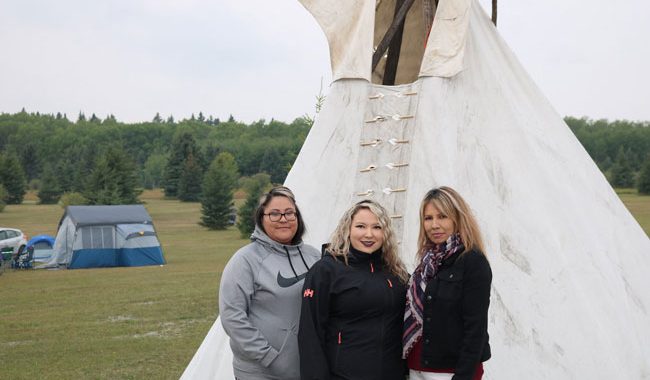 Prior to the arrival of the immigrants from other countries the Anishinaabek people had and continue to honour their own regime for governance that was grounded on a Clan system.
In the Clan system the Clan Mothers are held in high regard and considered as one of the principal tribal decision makers in times where one was required.
The Clan Mothers are the leaders in the home lodges and fires; it is the mothers and grandmothers who are the foundation for the family and tribal community.
The voice of the Ikwewak (women) are of vital importance as they are the water carriers, the life givers, their perspective is significant for all matters of their people.

The Ikwewak Council of the First Nations in Treaty 2 Territory (FNiT2T) Government hoour the role of all Ikwewak on Mother Earth on this “International Day of Women.”
It is because of you the Ikwewak that creation of life continues to gift the world with beautiful children and flourish your families, communities and nations. We respect you and offer you many blessings to nurture you and your foundation for the existence of all humanity.