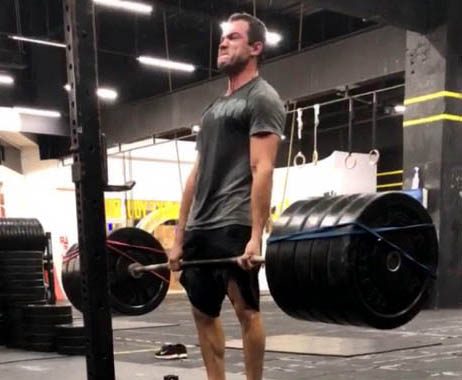 Treaty 2 Territory-Rodman Batson has a goal in mind when it comes to athletics.
He wants to use sport as a vehicle to better lives for the youth in Treaty 2 Territory.
He’s the man with the plan.
Batson, a personal trainer originally from Pine Creek First Nation with a degree in Phys Ed from Brandon University, can’t get enough certification when it comes to sports.
He holds certificates in coaching a number of sports, the latest being lacrosse where he attended a weekend conference inbetween his day job at Treaty 2 just so he could teach others about a sport that youth could play on reserve.
“You have to make use of what you have to begin with and go from there,” said Batson. “I think we can adapt to the demand. Lacrosse, if there is a field we can do it. We can teach the basics of lacrosse. An arena or outdoor rink means we can play and practice box lacrosse.
For basketball, you need a court, a hoop and a rim. We need minimal equipment to get a sport started at the community level.”
It’s a monumental task, developing both recreational and competitive sport programs over a vast territory.
But Batson is sold on it.
He sees the development of two streams of sport in our communities.
Recreational and competitive, both with long term benefits.
“I want to initiate sports for life. Just exposing communities to sport,” he said. “From there I want to scout and develop high performance opportunities for youth who have potential.”
But it doesn’t stop there.
You need officials and coaches to be involved to drive sports locally.
Batson sees that happening in steps.
“Once you have people involved in sport you have officials, coaches and we have leagues,” he said. “We need to create exposure. People that haven’t been exposed or experience that sport, there’s never going to be a draw or demand for it.”
The roots of the vision comes from his time at the Athol College of Notre Dame in Wilcox, Saskatchewan.
Batson said he liked the structure offered at the school and the opportunity to play in multiple sports.
“It was a high performance training center,” he said. “I was exposed to fitness training and the sports science behind training.”
The school is famous for it’s sports teams, the Notre Dame Hounds whose mantra is ‘Hounds never lose heart’ and ‘Luctor et Emergo’, meaning ‘I struggle I emerge.’
He spent two years there, learning about the sceince of sports training and applied it to his routine.
The results were encouraging.
“I played many sports, not just hockey. I trained hard and make lifelong friends and it opened up good opportunities,” said Batson.
The next major event Batson is preparing for is next winter’s Treaty 2 Winter Games in Pinaymootang First Nation.
He is organizing for that already, it’s a big job but he feels he’s up to the task.
Venue preparation, lodging athletes, event organization, booking officials and garnering sponsorships are on the to do list.
Long term Batson sees long term success for youth in Treaty 2 taking shape.
Self sustaining sports programs, development of coaches and athletes including looking at new sports for youth in Treaty 2 to participate in as well as scholarship opportunities.
“With scholarships they can see places they might never travel to if it wasn’t for sport,” he said. “Athletes from our territory getting recognition, another NHL player perhaps.”