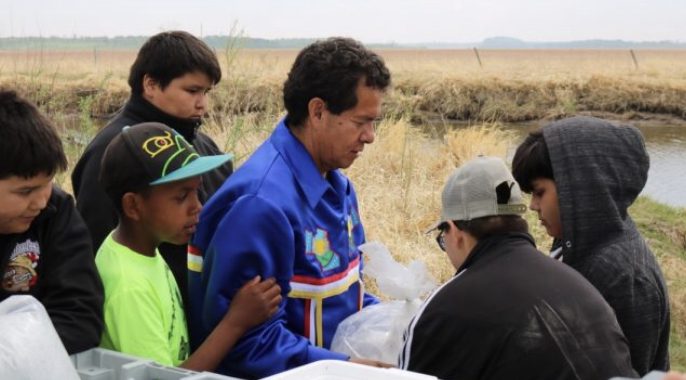 Good afternoon friends…50 years ago today my siblings (Marcel, Irvin, Andy) and I were scooped by Children’s Aid Society of Manitoba from our home Reserve of Skownan First Nation. I still remember it like it was yesterday. It was a typical hot August day. My cousin Alice Catcheway whom was keeping us at the time was in tears as the Social worker instructed us to get into his car. My cousin wanted to keep us but she was never asked. It breaks my heart thinking about her and her attempt at wanting to keep us fell on deaf ears. So off we went, not knowing what was happening. We arrived at our first destination, my brother Marcel was instructed to take his belongings and stay with his new foster family, I was already in tears as I was now separated from my older brother Marcel. It didn’t seam long until we reached our next stop. The social worker instructed Irvin and I that we would be staying here, so got our belongings out of the car and we were introduced to our foster parents. I asked about my little brother Andy, the worker told us he would be going to different home. He looked scared and lonely and I was feeling lonely, we would not see each other for the next 20 years….I did have my brother Irvin to help comfort the loneliness and emptiness I felt from not seeing my siblings from this day forward, I cried many a night for my dad to pick us up from this hell hole…it really was a hell hole…Irvin and I did survive cause we had each other, four years later we ran away from that hell hole to the arms of our relatives😓❤️❤️❤️❤️❤️❤️❤️❤️❤️, a heart for each of my siblings. (Joseph’s social media post from Monday, August 19, 2019)

Joseph Maud – Bio – Joseph is part of the First Nations in Treaty 2 Territory Government staff team. Joseph is an avid advocate of protecting the Natural World and main carrier of FNT2T flag

My parents were married in June 1948 at Waterhen(Skownan) Indian Reserve. My parents had 11 children, 2 boys died before the age of one.
My father was a trapper and hunter, in later years he worked construction at Grand Rapids Hydroelectric Dam. My mother was a stay at home mother but also tended to farm animals we had.

My parents marriage began to breakdown in the late 50’s and early 60’s with my mother leaving the family in Winnipeg in the mid 60’s.

My siblings and I attended Pine Creek Residential School until it closed permanently in June 1969.

In August 1969 Children’s Aid Society scooped up my siblings and I from our relatives at Waterhen (Skownan) Indian Reserve. I became a permanent ward of the province of Manitoba in September 1969 and remained so until I reached 18 years of age.

MIIGWETCH Joseph for sharing your journey. OUR CHILDREN ARE SACRED

It is estimated that a total of 20,000 aboriginal children were taken from their families and fostered or adopted out to primarily white middle-class families as part of the Sixties Scoop. Each province had different foster programs and adoption policies.

Currently there is no program to reunite siblings and families who want to find each other or want to come together again.

There are still many children who have not returned home and families who have not been reunited. Reconciliation must include restoration of family and Nation connection, culture, identity, and language.