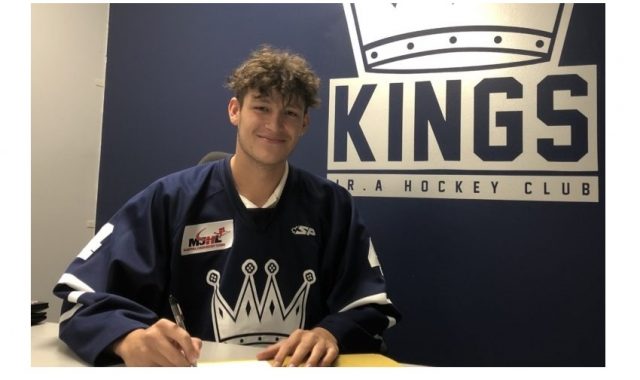 Treaty 2 Territory – This is great news for hockey fans and members of the Tootinaowaziibeeng Treaty Nation to see local son come home and play junior in the territory for the Dauphin Kings.

“Koby brings a lot of different things to this team. I coached him when he was 15-years-old and he was an impact player,” said Doug Hedley, Head Coach & General Manager. “The speed he has, the ability and everything. He has the ability to be a difference-maker every game. He should be very solid for us.”

Chief Barry McKay who is Koby’s grandpa is very excited to see him home as he prepares for an exciting season of hockey.

Koby is thrilled that he’ll be playing for the organization and being so close to home while doing so.

“It was really good to sign with this organization,” said Morrisseau. “It’s going to be great playing around the family. I’m hoping to win an MJHL Championship with this team.”