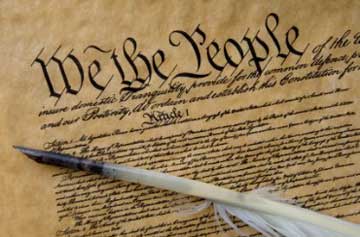 Treaty 2 territory – As Indigenous people, we are capable to govern our own affairs, aren’t we? We have overcome many acts of genocide by the governments that were formed in our territories by the Settler population. Their intention was to “do away with the Indian problem” but they did not realize that we are resilient people and we survived it all. We are strong-willed people and we have the intelligence, and capability to govern ourselves. We never lost that will and it continues to grow as we progress in our determination to be self-governing.

Currently the ancient 1876 Indian Act (IA) continues to prevail over our governing structures and dictates how we run our affairs, with more accountability requirements to the Settler governments than our own people. Absurd isn’t it? We are not “minors” of the Crown and we have the skills to govern just as they do, and even better, if given the opportunity to move away from the IA. So how can we do that?

Creating a constitution to replace the authority of the IA is a significant way forward. So, what is a local constitution and what can it do to move the Nation to be self-determining? There are many good reasons for a First Nation to create its own constitution. The primary reason being that it is established and approved by the people of the Nation. More importantly, a constitution provides the frame work for how the Nation government operates, who it is affiliated with and how decisions are made that impact the rights and privileges of its members. A constitution can:

A constitution cannot be simply passed by a resolution of the Nations’ Council and becomes legitimate when it has been reviewed and approved through a voting process by the citizens/membership of the Nation.

As well, all subsequent laws (ex: education act, health act, housing act, etc.,) hinge on the authority of the local constitution. Once a Nation ratifies its own constitution, all other laws can be processed and approved in the same manner (drafting, consultation, ratification with the members). This is not to say that subsequent laws cannot be worked on while the constitution is being established, in fact they can be, as the Nation should be creating its own laws to replace those that have been put in place by other governments.

This year the First Nations in Treaty 2 Territory (FNT2T) will be focusing intensely on constitution development and each member Nation will have a Local Nation Helper (LNH) and a Governance Committee to draft the local governing law. There will be opportunity for members to be involved and review the progress of the constitution and we encourage all members take an active role in the process of developing their Nation constitution. This is your law, this is your government, it’s your right and responsibility to be involved. We hope to see and hear from you soon!