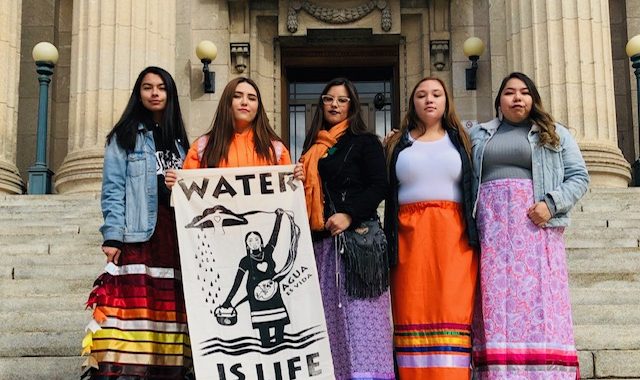 Winnipeg, Treaty 1 Territory – The UMISA is well represented by members of the FNT2T. The UMISA provides support to students. The UMISA works effectively and engages in community building relationships.

On Friday, September 27th 2019, the UMISA participated in the Canada-wide Climate Change strike at the legislative building in Winnipeg, MB. The day started out with performances at 11:45 AM followed by prayer, ceremonies, and a kick-off speech by Indigenous MP Romeo Saganash in a call-out for action against climate change.

The march began shortly after 1:15 PM from the legislative building, east on to Broadway Ave, north on Main St., west on through Assiniboine Ave, and finished back at the Manitoba legislative building. Other speeches included youth, in a strike to demonstrate the affects of climate change, and a call for action. The UMSIA provided support to the 10,000+ people who were in attendance.