Local Nation, newsO-Chi-Chak-Ko-Sipi power back on after snow storm and declaring state of emergency 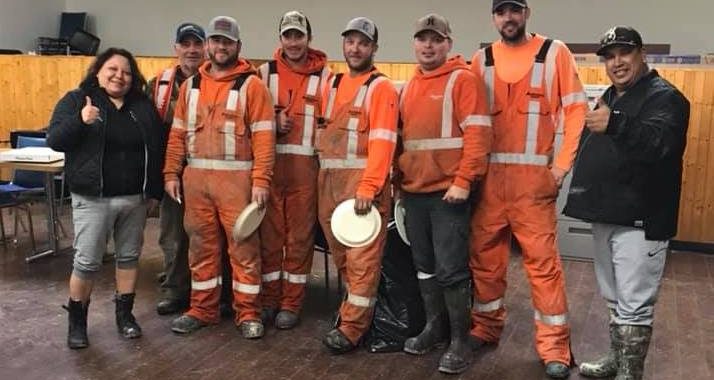 Ochichakkosipi, Treaty 2 Territory – Leaders and members from Ochichakkosipi (OCC) did not hesitate declaring their Nation a state of emergency over the weekend after an intense snow and wind storm causing power outage in their Nation . They managed to help elders, families with babies and the members without power going above and beyond making sure all members were safe and secure.

The Manitoba Hydro Crew worked long hours to restore power in OCC. The Nation of OCC fed them to show appreciation for their hard work! Leaders and members say “Meegwetch from all of us in OCC”.