Life Long Learning, newsFirst Nations Education: What Does This Mean? 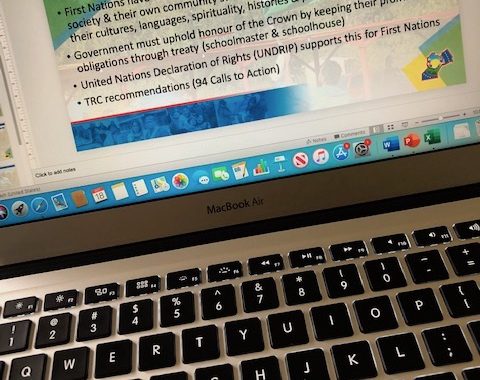 First Nations Education: What Does This Mean?

Treaty 2 territory – The past three weeks have been spent familiarizing myself with the work of the FNT2T in and around education, but also researching what other First Nations across what is now Canada have done in their own territories.

We know that our ancestors had their own systems of education prior to the arrival of the newcomers. Most of those systems consisted of learning from our parents, families, extended family, community as well as the land and nature. Learning was life long. Often times, older people would watch little ones observing natural gifts; later, those little ones would be paired up with an adult, a mentor, a knowledge-keeper, who had the same gift(s). This functioned as a mentorship in education.

First Nations advocating to regain control over the education of their young people has been going on for quite some time. In 1972, the National Indian Brotherhood released a paper titled “Indian Control of Indian Education.” This paper outlined what is required for First Nations to (re)gain jurisdiction over education. It called for “radical change.” Since then, a number of studies and papers have been released advocating for the same. Today, First Nations continue this advocacy as they strive “to make education relevant to the philosophy and needs of [First Nations] people” (National Indian Brotherhood).

What will be important for FNT2T and the amazing work that they are already doing, is to continue to think about the important question of “What is First Nations Education?” Most, if not all, believe that it must entail our ways, languages, practices, and more. These must be at the center. In exercising sovereignty, it is believed that First Nations should have their own Education Act(s) which establishes and asserts their inherent right to education. This will be a topic of discussion in the upcoming weeks as LLL visits FNT2T. And the hope is that community members will take part and lead this important discussion that will guide the future of First Nations Education in Treaty Two territory.