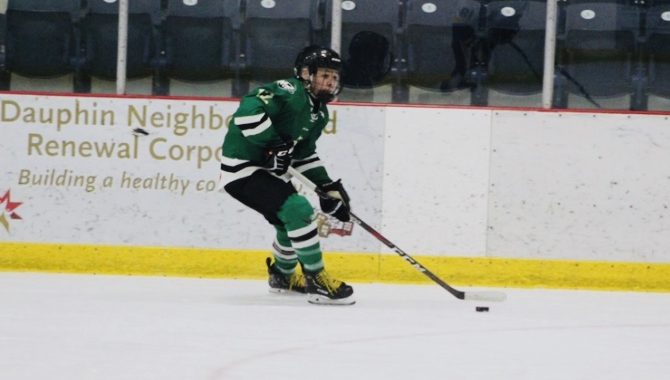 Treaty 2 Territory – Keanu Woodhouse is a member Little Saskatchewan First Nation is our featured athlete for this week. Keanu plays hockey with the Dauphin Clippers of the Manitoba High School Hockey League.

Keanu loves the sport of hockey and is traveling to Los Angeles, California on February 14 – 16th with his hockey team to compete in a tournament which features other teams from the United States. Keanu is a successful hockey player who is one of the leading scorers for his team.

He is the grandson of the FNT2T Regional Office Keeper Darlene Woodhouse and Ted Woodhouse of Pinaymootang and Little Saskatchewan Chief Hector Shorting and his wife Rose Shorting. We’d like to wish Keanu Woodhouse, and the Dauphin Clippers safe travels, all the best & Good Luck in Los Angeles this coming weekend, Miigwetch!!