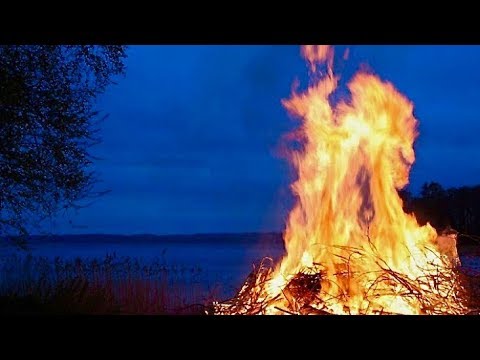 “Upon suffering beyond suffering, the Red Nation shall rise again, and it shall be a blessing for a sick world. A world filled with broken promises, selfishness and separations. A world longing for light again.”

Originally, the prophecies were given by eight prophets in seven different time periods. According to oral tradition, the Mi’kmaq Nation heard the first Prophet. The remaining seven prophets appeared before and were recorded by the Anishinaabeg. A prophecy of each of these seven periods were then called a “fire”. The Teachings of the Seven fires prophecy also state that when the world has been befouled and the waters turned bitter by disrespect, human beings will have two options to choose from, Materialism or Spirituality. If they chose spirituality, they will survive, but if they chose materialism, it will be the end of it.

“In the time of the First Fire, the Anishinaabe nation will rise up and follow the sacred shell of the Midewiwin Lodge. The Midewiwin Lodge will serve as a rallying point for the people and its traditional ways will be the source of much strength. The Sacred Megis will lead the way to the chosen ground of the Anishinaabe. You are to look for a turtle shaped island that is linked to the purification of the earth. You will find such an island at the beginning and end of your journey. There will be seven stopping places along the way. You will know the chosen ground has been reached when you come to a land where food grows on water. If you do not move you will be destroyed.”

“You will know the Second Fire because at this time the nation will be camped by a large body of water. In this time the direction of the Sacred Shell will be lost. The Midewiwin will diminish in strength. A boy will be born to point the way back to the traditional ways. He will show the direction to the stepping stones to the future of the Anishinaabe people.”

“In the Third Fire the Anishinaabe will find the path to their chosen ground, a land in the west to which they must move their families. This will be the land where food grows upon the waters.”

(Baawating or “The Rapids” of the Saint Marys River became the “Fifth Stopping Place” of the Anishinaabe. From this spot, the Anishinaabe and the rapids became synonymous with each other, with the Anishinaabe known by the Dakota peoples as Iyo-ḣaḣatoŋwaŋ (“cascading-waterfalls people”) and later by the French as Saulteurs (“cascaders”) and Saulteaux (“cascades”). From here, the Anishinaabe moved west, dividing into two groups, the Ojibwe and Saulteaux, each travelling along the shores of Lake Superior, searching for the “land where food grows upon the waters”)

The Fourth fire prophecy was delivered by a pair of prophets. The first prophets said,

“You will know the future of our people by the face the light skinned race wears. If they come wearing the face of brotherhood then there will come a time of wonderful change for generations to come. They will bring new knowledge and articles that can be joined with the knowledge of this country. In this way, two nations will join to make a mighty nation. This new nation will be joined by two more so that four will form the mightiest nation of all. You will know the face of the brotherhood if the light skinned race comes carrying no weapons, if they come bearing only their knowledge and a hand shake.”

“Beware if the light skinned race comes wearing the face of death. You must be careful because the face of brotherhood and the face of death look very much alike. If they come carrying a weapon … beware. If they come in suffering … they could fool you. Their hearts may be filled with greed for the riches of this land. If they are indeed your brothers, let them prove it. Do not accept them in total trust. You shall know that the face they wear is one of death if the rivers run with poison and fish become unfit to eat. You shall know them by these many things.”

“In the time of the Fifth Fire there will come a time of great struggle that will grip the lives of all native people. At the waning of this Fire there will come among the people one who holds a promise of great joy and salvation. If the people accept this promise of a new way and abandon the old teachings, then the struggle of the Fifth Fire will be with the people for many generations. The promise that comes will prove to be a false promise. All those who accept this promise will cause the near destruction of the people.”

“In the time of the Sixth Fire it will be evident that the promise of the Fifth Fire came in a false way. Those deceived by this promise will take their children away from the teachings of the Elders. Grandsons and granddaughters will turn against the Elders. In this way the Elders will lose their reason for living … they will lose their purpose in life. At this time a new sickness will come among the people. The balance of many people will be disturbed. The cup of life will almost become the cup of grief.”

If the New People will remain strong in their quest the Water Drum of the Midewiwin Lodge will again sound its voice – Return to Spiritual Ways. There will be a rebirth of the Anishinaabe Nation and a rekindling of old flames. The Sacred Fire will again be lit.

“It is this time that the light skinned race will be given a choice between two roads. One road will be green and lush, and very inviting. The other road will be black and charred, and walking it will cut their feet. In the prophecy, the people decide to take neither road, but instead to turn back, to remember and reclaim the wisdom of those who came before them. If they choose the right road, then the Seventh Fire will light the Eighth and final Fire, an eternal fire of peace, love brotherhood and sisterhood. If the light skinned race makes the wrong choice of the roads, then the destruction which they brought with them in coming to this country will come back at them and cause much suffering and death to all the Earth’s people.”

These are now the times of the Awakening of the Anishinaabe – to lead in saving our garden (Earth) – Manidoo Gitigaan.