blog, Earth Lodge, MTN News, news, UncategorizedWAHBANUNG: The Resurgence of a People – Clearing The Path For Our Survival 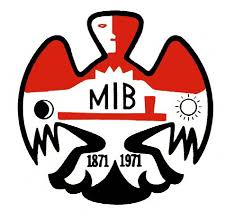 WAHBANUNG: The Resurgence of a People – Clearing The Path For Our Survival

“A most devastating illness has been inflicted upon us, not an illness of the body but an illness of the soul. I speak here of our imposed static state at the bottom of the bottom rung of the social ladder of Manitoba society, our life of perpetual poverty, poor housing, and our lack of participation in progress. For the Indian People to gain themselves they must return to the traditional [ancestral] ways in regards to language, to their spirituality. It must be part of the future. That is if we are able to be the true nation of our culture.”   –  David Corchene, Sr., Grand Chief of the Province of Manitoba, October 3, 1971

WAHBUNG – OUR TOMORROWS, was a position paper written and released by the Manitoba Indian Brotherhood in 1971, written around the time of the proposed White Paper of 1969. Wahbung became a framework document for First Peoples in Manitoba, describing our history and challenges, and offering recommendations on how our People could move into the future, in relationship with Canada.

WAHBUNG was written during a time when a movement of resurgence was beginning; when the leaders of that time found the spirit in themselves to give a greater and stronger voice to support our identity as a People. The intent of Wahbung had been to give voice to the People, to our own self-determination.

Today, WAHBUNG continues on as First Nations Treaty 2 Territory are giving voice to the People by each First Nation in developing their own Constitutions for future generations.