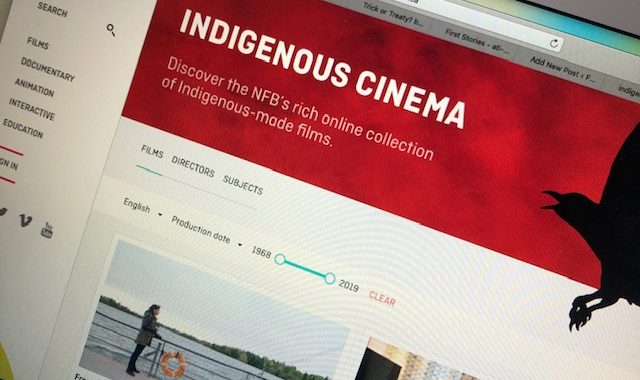 Greetings! We hope that everyone is safe, well, and practicing social distancing.

As “Spring Break” comes to end this weekend, people will again be looking for resources to share with students as they learn at home or simply seeking tools for the young people in their home to acquire knowledge about their history and/or culture.

Quarantine, although a trying time, has also for many become a time for reflection, learning, and most importantly, time with loved ones. Mental health experts have advised that people care for themselves and one another which includes not placing excessive pressure or worry in home-schooling. Health and family come first.

If you are looking for more ways to bring learning into the home in a fun and engaging way, FNT2T Life Long Learning recommends checking out National Film Board’s Indigenous Cinema. There are many Indigenous films available for free online viewing but they also have reasonable prices for subscription as well.

For early and middle years, there are many short-animated films created by Indigenous filmmakers but certainly these would be enjoyed by all ages too:

Vistas: Dancers of the Grass by Melanie Jackson (2009, 2 minutes in length) which features an animated hoop dancer with beautiful imagery, music and color.

Vistas: The Visit by Lisa Jackson (2009, 3 minutes) features a family who witness a strange light in their First Nation. The characters in this animated film are shown beading as they sit together.

Vistas: Trapper by Shannon Letandre (2003, 2 minutes), who is from Dauphin River First Nation in Treaty Two Territory, features a trapper out at his trapline on the land. There is no dialogue, just the man and the land.

For older students, there is Trick or Treaty? by the amazing Indigenous filmmaker, Alanis Obomsawin (2014, 1 hour 24 minutes). The film looks at interpretations of treaty. And there is ati-wicahsin (it’s getting easier) by Tessa Desnomie (2007, 6 minutes). Desnomie’s short film shows the connection between the generations in which a grandmother is telling stories to her granddaughter about how easy life has become over the years due to technology. Whenever I’ve shown this film to a young person, he or she has a good laugh.

As mentioned, the short animated film, Vistas: Trapper, was made by Dauphin River’s, Shannon Letandre. She has a second film on the website as well, Nganawendaanan Nde’ing (I Keep Them in my Heart) which is about her being on the land with her grandfather. In the film, Letandre tells a story of when she was very sick as a child and her great-grandmother ground up weekay, put it in a pouch, and placed it on Letandre’s chest so that she would get better. The film also shows her out on the land with her grandfather.

Students could complete many assignments/activities after watching these films with families including shooting their own mini-film using one of today’s technology such as iMovie. Kids could use Letandre’s film as an example in recording their own time out on the land with an Elder, family member, or friend. And how fun would it be to have a family film debut night at home (maybe even with a “red carpet”)! Or students could write short responses to the films based on their own lived experiences.

These are just a few suggestions for engaging learning activities at home using Indigenous-focused films. Just keep in mind that some films are quite dated and use dated terminology (ie. Eskimo rather than Inuk/Inuit). When choosing a film (resource, book etc) always look at who created it, his or her intention(s), if he or she has lived the experience being conveyed, and if the imagery and terminology is accurate. And of course, take a scan for age and content appropriateness of films, books, etc.

Be well and stay safe. Miigwetch!