Treaty 2 Territory – An exciting game was held in the Dauphin Men’s Fastball League on Wednesday June 24, 2020 at the Vermillion Sportsplex in Dauphin Mb. The game ended in a 4 – 4 tie between the Crane Bay Knights and the Dauphin Showtime teams. The other game was held in Waywayseecappo First Nation as the Keeseekoowenin Cougars visited the Waywayseecappo Athletics. There was a mix of old generation ballplayers with the youth participatitrng in the sport that has been played by first nations in the treaty 2 territory for many years. This is the second year the Dauphin Men’s Fastball League has been in competition. 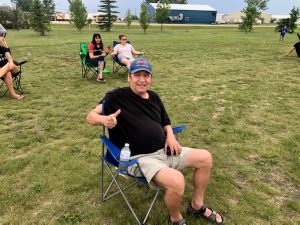 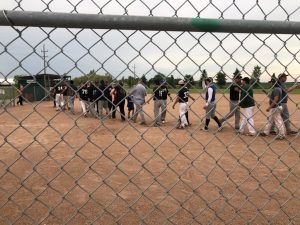 These games bring the youth and community members together to share an old tradition that has been passed down to the next generation. Games are played on Mondays and Wednesdays in Dauphin. The schedule can be found on the Dauphin Men’s Fastball League facebook page.
For more information, please visit our website: www.fnt2t.com or our facebook page.
Miigwetch
Scott Lynxleg
FNT2T (First Nations Treaty 2 Territory)