Treaty 2 Territory – Due to the COVID-19 pandemic, the Executive Council made sure that social distancing is implemented and also avoiding in person meetings when possible by using video conferencing.  The Executive Council met to discuss gatherings, meetings and tangible action items. The next in person Governing Council has been set for Thursday, 23 July with the agenda of traditional modern governance and unfinished treaty business.

The Executive Council discussed the Unfinished Treaty Business and next steps.  The recent letter to Canada outlines the steps required with options of a tribunal to deal with the various matter claims against Canada.

Knowledge Council Chair Louie Malcolm made his report on the treaties, flooding and Canada’s misunderstanding of the treaty.  NO compensation has been given for the land taken up for immigration and settlement.  The treaty has not been implemented for 149 years.

The Government of FNT2T has been focusing on the inherent right to govern.  The drafting of Onankonehkawin (First Written Laws) is with Local Nations.  Each Local Nation has been working on their own law and at their own pace toward the achievement of having laws in place by year 5 of the permanent FNT2T collective government’s proposed date.

Chief Norman Bone, Keeseekoowenin reported on PTOs continuing as advocates during this transition period. Local Nations and the FNT2T government continues to move forward with law development and work through FNT2T’s new Regional Offices.  Time is now to advance through the inherent right to govern within the Treaty 2 Territory. Meetings have been called within each Local Nation by our Regional Offices.

All documentations and reports continue to be sent to the FNt2T Councils including; FNT2T/Canada Term Sheet – 3 July 2020, Unfinished Treaty Business report, Letter to Canada – to Prime Minister – 7 July 2020 and Letter to Canada – to Justice/Safety – 1 July to announce the start of the Restorative Peacemaking.

Another review was the Life Long Learning Lodge program expansion and partnership with ACC for the fall programming.  The four (4) programs will be announced in the very near future.

“We have action items and specific matters to work on and our administration has been working hard during this time to move the agenda items forward.  Going to the international community will be key for us to make sure our treaty is implemented.  We have sent communication to Canada that if they continue to assume the obligations of the crown then they must adhere to our unfinished treaty business”, said Grand Chief Eugene Eastman. 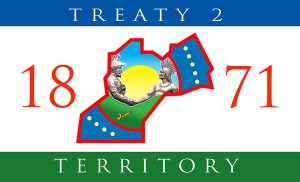