Treaty 2 Territory – As the advancement into rebuilding the Nation, Government and territory continues; FNT2T Administration and Regional Office-Pinaymootang spent the afternoon to meet with leaders.  The meeting started with key areas at hand regarding the balancing of christian and traditional beliefs in the treaty 2 territory.  Governance, administration and working together was other key discussions.

“We believe in Treaty 2 and the Government of FNT2T, our protection of our treaty is important for many generations. Believing, respecting each other and working together will help with moving forward”, said Chief Woodhouse.

Chief Cameron Catcheway, Skownan was also in attendance as an Executive Council member today to support Pinaymootang, FNT2T and its efforts.  He also talked about the unity and working together to protect the treaty.  He has been a solid supporter of taking back and managing the 21.5 million acres in the Treaty 2 Territory.

Discussed was the letter to Canada and Prime Minister Justin Trudeau regarding the Unfinished Treaty Business(UTB) which includes the 21.5 million acres of homeland and resources.  FNT2T has stated to Canada they want to see the implementation of the treaty.  The letter expanded into the UTB with two options; creating a tribunal to review all claims or go to litigation.  AA-T2 and FNT2T has a very solid case with the research the past 25 plus years and after the discovery of letters and notes by the Treaty Commissioner in 1871-73.

The building of a Government House/Building in Pinaymootang was further discussed and will begin its next phase of planning and design.

After the meeting of social distancing, the Government of FNT2T presented a beautiful sign of the declaration, map of Treaty 2 Territory and the 1871 boundary description.

The Women Council on Tuesday 18 August 2020 at the Governing Building – Dauphin and the Annual Leadership Treaty Gathering on Friday 21 August 2020 is next order of business for the Government of FNT2T. 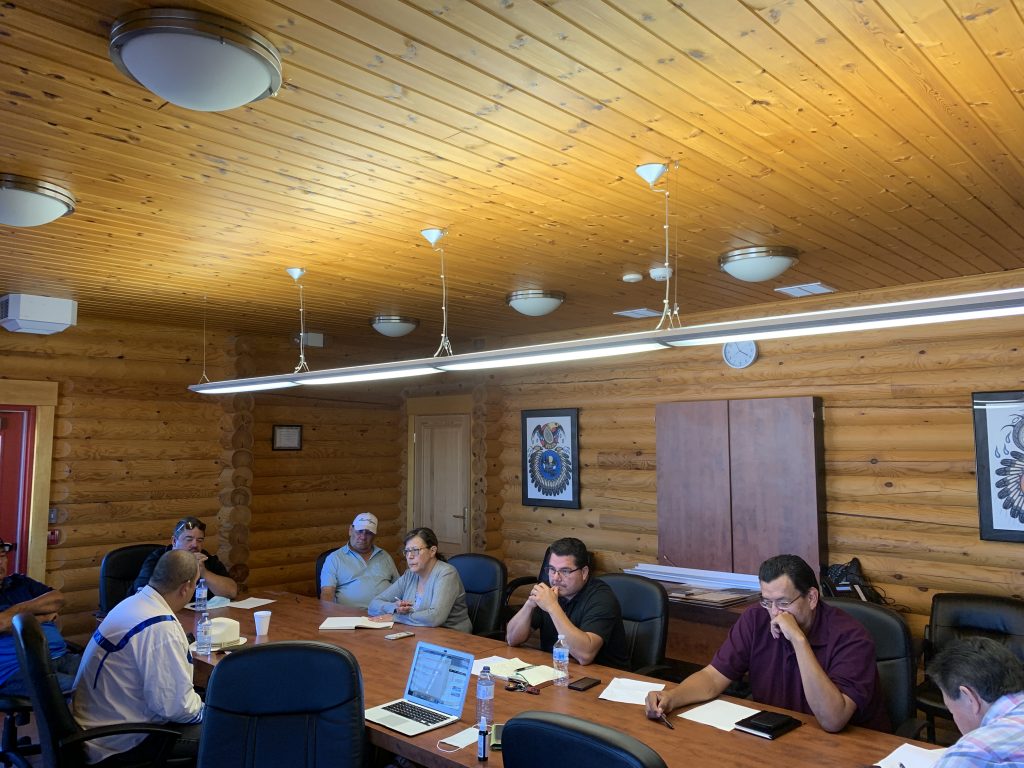 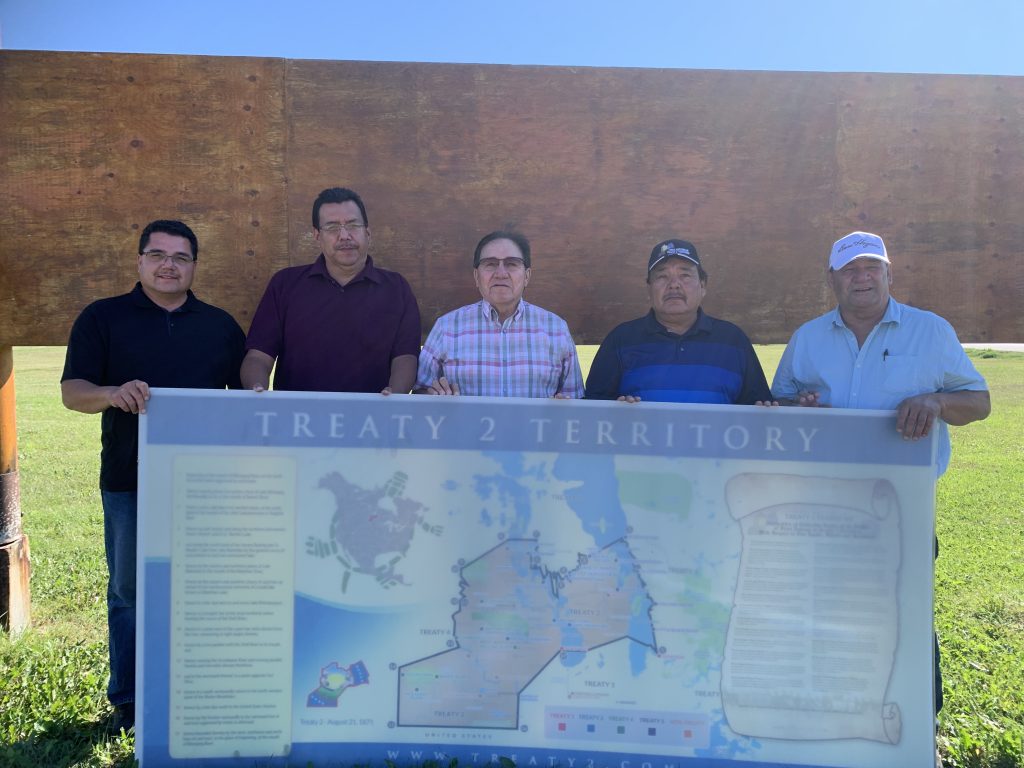 Chief Woodhouse shows FNT2T staff the work they are doing at their treaty grounds behind the administration office. 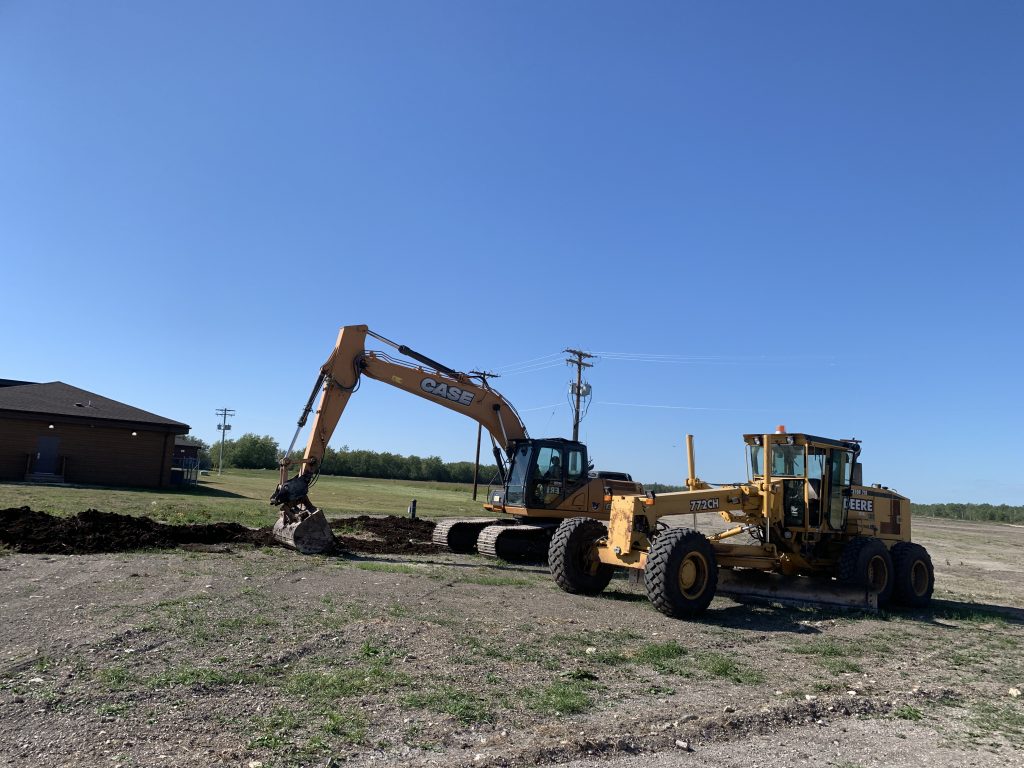