Executive Council meets on administration and implementation plan of resolutions

Treaty 2 Territory – The Government of FNT2T keeps moving forward. Most recently (3 September 2020) the Governing Council held a land base gathering up in the Duck Mountains within the Treaty 2 Territory.  The Executive Council since have been very busy with the implementation of resolutions.

Today’s Executive Council was fully represented and moving forward with the positive results of the past Governing Council.  The opening statements provided for some great comments on unity, commitment of taking back the lands taken from our ancestors and mandating staff to support the process.  More discussions took place on ‘unfinished treaty business’ such as compensation for immigration and settlement.  A solid step was taken putting a structure in place to get rid of ISC and the Indian Act approach to the infrastructure, programs and services (IPSs) the the newly established Trust and Treasury. 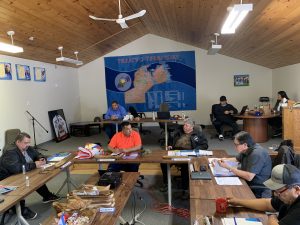 The Executive Council spent some time on administration and listening to reports made about the four core areas; communications, corporations, finance/policy and operations.  The Trust and Treasury as mentioned previously was launched today and will be the foundation for the future.  The trust and land trust will handle all lands, treaty promises and funds by creating the Trust Bank of FNT2T and the laws.  The Treasury will handle the IPS’s and financial oversite though the Financial Administration Treasury Law being created.  Also the toll gate strategy of all resources and land use funds such as Enbridge, Manitoba Hydro, Manitoba, Canada use of our territorial lands will finally have the ability to collect. 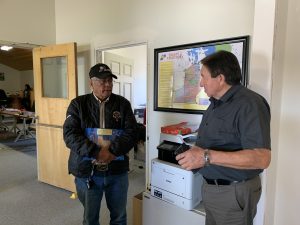 A quick conference call was taken regarding a presentation on the current Health and Wellbeing strategy on medical care and support.  Our portfolio holders both Chief Garnet Woodhouse and Chief Ledoux will be meeting next week to give support to the Policy Keepers to move such important work planning forward.

The Executive Council continued to mandate the Governmental and Administration staff to continue its quest for good accountable management and following the mandate given.