Treaty 2 Territory – On a wonderful day on Wednesday, 30 September 2020 in Moosomin, Treaty 2 Territory Central Turtle Island, Chief Norman Bone, Keeseekoowenin and the Government of FNT2T Keepers presented to the technical team of Treaty 1-11.  The hosting of the small gathering and presentation was made to very limited technicians present and online Zoom.

The presentation on Unfinished Treaty Business, Onankonehkawin and Mino-Bimaadiziwin was made by Chief Bone and Lead Keeper, Boh Kubrakovich. The timeline history was made by Life Long Learning Lodge Keeper, Allen Sutherland. Allen did a great job going into the timeline of history.

This leads to the transfer of lands to the provinces – Manitoba and Saskatchewan through the Natural Resource Transfer Act 1930. It would not have changed things if we had earned and distributed the income from the land rather than the settlers.

There can be no true reconciliation between Canada and First Nations without a return of land and the territory. A new structure must be established to effect systemic change and revolutionize the dynamic. First Nations of Canada represent a large workforce and customer base in the Canadian framework. As a measure of how the current structure has failed, it will come as no great surprise that there is not one millionaire among the FNT2T population. The structure of the historical and current system does not allow for There are 10’s of thousands of millionaires among non-indigenous on FNT2T lands.

The Anishinaabe of Treaty 2 Territory are referencing two legal opinions regarding the strength of its case set out above which includes Kent McNeil and Peter Hutchins: “Cede, Release and Surrender: Let’s Face It – It Didn’t Happen Here”

“No claims to compensation for lands not required for settlement were envisaged because it must have been assumed that those lands would be left in the possession of the Indian Tribes. It might even be contended that the condition limited the Canadian government’s authority to negotiate surrenders of lands to lands actually required for settlement.” — Professor Kent McNeil, Osgoode Hall

The Queen’s orders to the Government of Canada were not only directive – they were imperative – they must be obeyed. The validity of the Government’s conduct is open to challenge, and in sum, lands can be taken up: only for settlement, fair compensation must be paid, other lands still “belong to the Indians” and resources and waters were not included in the Treaty.

The promise of fertile land was never fulfilled. The reserves are substandard for the purposes of agriculture as compared to the land provided to the settlers. The honor of the Crown was not maintained. The resources of the land were not equally shared.

If a case is made and the treaty deemed broken, Anishinaabe title would remain; therefore, a new arrangement would have to be arrived at, with the two parties aware of historical and present facts and information.

“Inherent Rights are the original and ancestral rights held by First Nations in Treaty 2 Territory. They are born with inherent rights because their ancestors have been in these territories since creation. These Inherent Rights are all encompassing in order for the people of the collective Nation, the Local Nations, to pursue Mino-Bimaadiziwin, the good life, as a unifying concept on Turtle Island, Mother Earth, according to the original instructions provided by Creator. Our Inherent Rights are the foundation that led to the consultation, negotiation and consent process”, said Grand Chief Eugene Eastman. 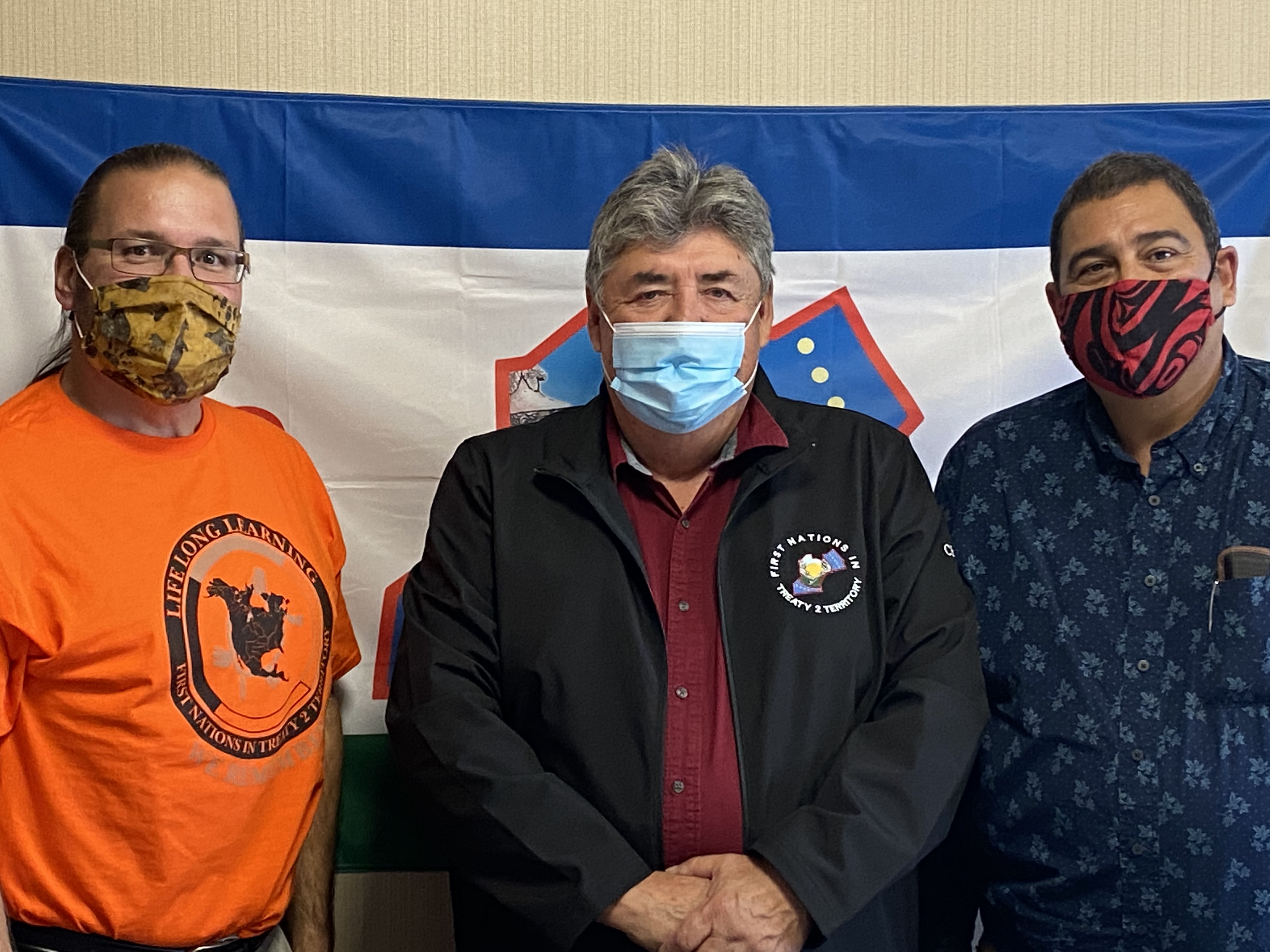 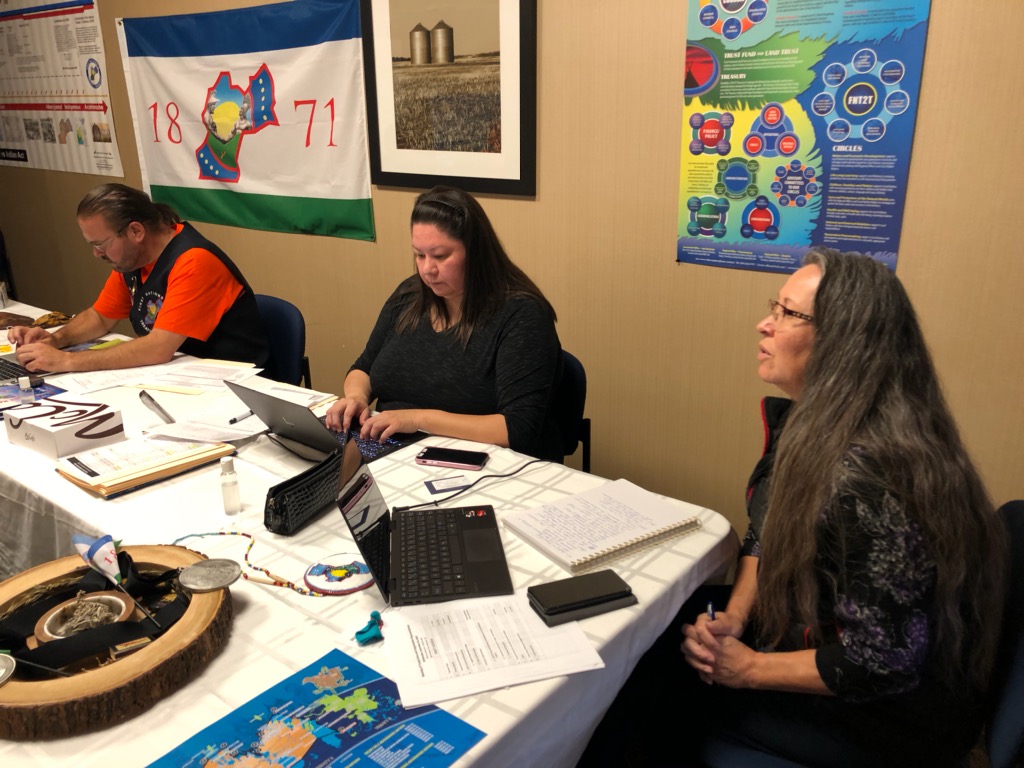 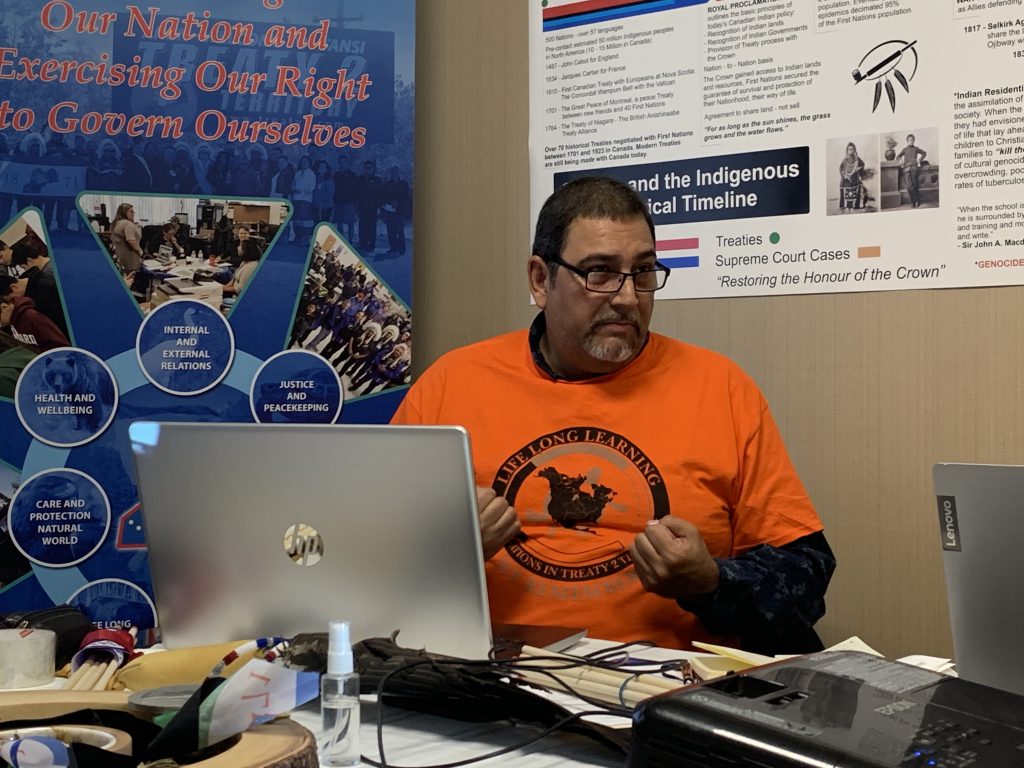