Natural World, newsGoverning Council meets with Care and Protection of the Natural World on moose harvesting in the Duck Mountains

Treaty 2 Territory – The Government of FNT2T through the Governing Council met with the Care and Protection of the Natural World Circle on moose harvesting and protection of the Duck Mountains.

The Duck Mountains holds a special place for the Anishinaabe of the territory.  A sacred area that has been in use by our Anishinaabe for thousands of years.

The Province of Manitoba has initiated a number of Moose closures within Treaty 2 territory starting with the Duck and Porcupine Mountains. To date, First Nations in Treaty 2 Territory along with the other Nations affected by the closures have never been accommodated.  In 2003 the West Region Tribal Council presented the Province of Manitoba with a plan of action and management.  After many years of not listening to the Elders and local harvesters the numbers of moose decreased.

The knowledge keepers of the territory for years have been talking about how to harvest within the territory and still conserve for tomorrow. Aang-waa-misin (peace) is what was talked about at the treaty making process in 1871 and Mino-aani-gidoowin (balance) is what we talk about what is needed today to sustain our moozoog (moose). Mino-aani-gidoowin is what we need to be able to make sure the moose are here forever – Moozoog Bizhishig Daabida.

Moozoog are a unique and valuable part of our natural world. For us, our Moozoog Bizhishig Daabida is to ensure sustainable populations and preserve the habitat on which they rely on.  This is essential for the continuous enjoyment of all in the Treaty 2 Territory and next generations to enjoy.  The current issue is complex, and there are likely no simple answers and solutions.  We continue to support and believe the goal of bringing the best current understanding of the science, biology, traditional knowledge and population to the planning process to identify the highest priority research and management needs. Another critical aspect of the survival of the moose is the restoration and protection of their habitat, which has largely been ignored in any discussion.

The Government of FNt2T  continues to promote collaboration to ensure the moose populations are sustained for our future generations. But we continue to be ignored and our options are becoming limited as to the type of action we are forced to take. Inclusion of and improved knowledge of the extent of Anishinaabe harvesting would be beneficial for both the Anishinaabe and non-indigenous people.

Governing Council is comprised of the Chiefs Council and a Chairperson from each of the Knowledge, Men, Women and Youth Councils, meets to provide direction to FNT2T, draft laws and resolutions to be presented to the Grand Council and implemented therefor after. 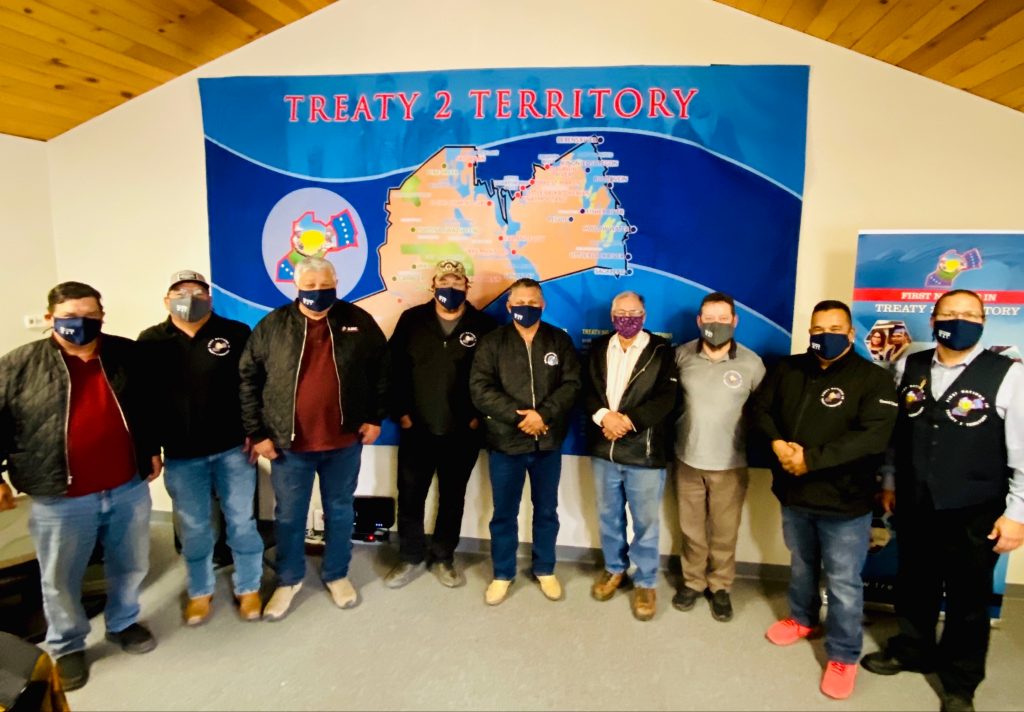