Treaty 2 Territory – Season’s Greetings, My given name is Chantell Barker, my Spirit Name is Geetchi Nodin Ikwe (Strong Wind Woman), and I am from the Deer Clan. I am honored to join Anishinaabe Agowidiiwinan- Treaty 2 as the Restorative Peacekeeping Operations Keeper.

My journey in Restorative Peacemaking began in 2006 when I graduated from the Restorative Justice (RJ) and Conflict Resolution program at the University College of the North. This educational accomplishment was th 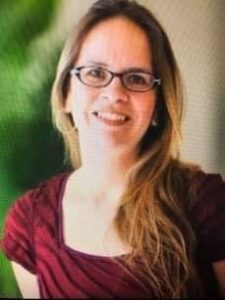 e catalyst that changed my life and redirected me to my life purpose. The program taught me who I am as an Indigenous person and restored my identity as an Ikwe. The RJ program taught traditional governance systems, Indigenous worldviews, and processes our ancestors used to maintain peace, balance, harmony within the community. As a student, I quickly learned that our people are brilliant and if our processes were not interrupted by new systems, there would be no be jails or prisons. As a result of this realization, I graduated from this program with the intent and vision of eliminating the current justice system and replacing it with our traditional ways of peacekeeping.

After I graduated, I was hired by Manitoba Justice as a Probation Officer where I remained for 10 years. My experience as a Probation Officer opened my eyes to the realities of systemic racism and oppression that our people continue to endure as result of government laws and policies. When I employed by with the province, I had the opportunity to create change by developing Manitoba Justice’s first Culturally Appropriate Program for Indigenous people. As a result, I traveled across Manitoba, including all the correctional centres and prisons to provide programming to Indigenous people who have been charged with a criminal offence(s). I heard many sad stories of systemic discrimination, racism, and loss of hope because of the barriers the system has created for people caught up in negative behaviors. After hearing thousands of stories through sharing circles, I learned that punishment does not work for our people and “hurt people hurt people.” If we are to restore balance and harmony, we must use healing and peacekeeping as it is the way of the Anishinaabek.

After I left the government in 2006, I became a vocal advocate for social change and justice reform. I have been numerous stages, including speaking at the United Nations in New York on the “Over-incarceration of Indigenous people in the Canadian Justice System.” I presented across Canada at numerous conferences and symposiums on justice transfer and reform. As the Restorative Peacemaking Operations Keeper, I will continue to advocate and be a strong voice for Treaty 2. The gifts I bring to this position is passion, dedication, and vision and I will utilize and follow the 7 Sacred Teachings when I am invited to your communities. I am honored to work for Anishinaabe Treaty 2 Territory Government, and I look forward to meeting many of you along the way and hearing your stories.

Wear a mask, stay safe, and all the best this holiday.