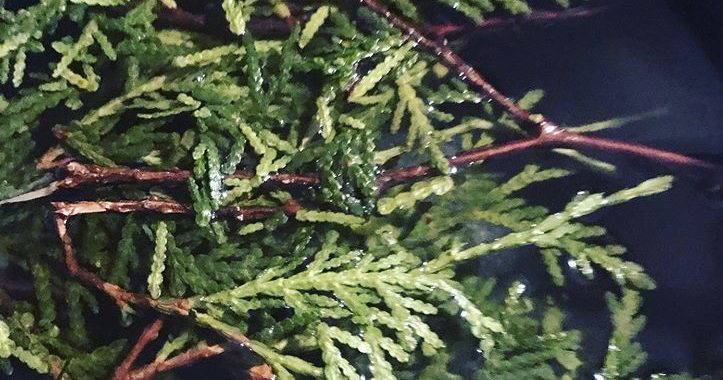 Treaty 2 Territory – Good Day. We hope that everyone is well and safe. At this time, many are probably thinking about & reflecting on the new vaccine that has arrived in Manitoba. Many feel apprehensive. There is an online video that was made by Dr. Marcia Anderson, an Indigenous public health doctor in Manitoba, who explains the vaccine based on her research and knowledge. It could be an interesting watch to learn more about the vaccine, but of course, everyone will choose and determine what is right for them as an individual. We wish everyone safety and wellness as they self-determine what is right for them.

Recently, FNT2T Life Long Learning has taken part in listening to prominent Indigenous speakers share their knowledge in First Nations (Indigenous) peoples, our ways, our past and our future(s). Most remember the document written by First Nations Manitoba leaders in 1971, Wahbung: Our Tomorrows. In the Prologue, it states: “The four Indian tribes of Manitoba – the Cree, Ojibway, Chipewyan and Sioux – by united effort through the Manitoba Indian Brotherhood, present to the Canadian people through their government our position on policies necessary to achieve a just and honourable and mutually satisfactory relationship between the people of Canada and the Indian people of Manitoba” (pp.19). This document outlined that First Nations wanted “full and continuous participation in the establishment of structures and processes which will provide a full and comprehensive redress” and/or reconciliation in the wake of First Nations peoples’ experience with colonization (pp.62). It made recommendations for change, development and reclamation in areas of economy, culture, treaties, social services, education, and more. While First Nations have made amazing strides in many areas (despite the obstacles that they’ve had to overcome over generations), many items in Wahbung have yet to be realized including “instruction in the native language for the first few years” (pp.173). It would appear that most language programs in Manitoba First Nations communities today are subject-based rather than immersion. This would be true for any provincial (urban) schools offering language classes as well. This means that students attend language class (Anishinaabemowin, Ojibwe, Saulteaux, Cree, Dakota, Dene…) as a subject a few times per week. Many language studies that have been completed state that it is immersion programming that produces fluent speakers. To date, there does not appear to be data that subject-based language programming has produced fluent speakers. Thus, forty-nine years later, a question remains: “How do we create fluent speakers (while still providing them with the tools they need in contemporary society such as the English language)?”

Many communities, caregivers and parents want to give young people the tools they need to participate and thrive in contemporary society while at the same helping them maintain and be proud of who they are as First Nations, as Anishinaabe (Ojibwe, Saulteaux), as Dakota, or as Cree. Many want young people to learn and know their original language. One way to look at considering going full language immersion is knowing that the English language isn’t going anywhere anytime soon. There will always be time to learn English, while the number of fluent Anishinaabemowin, Ojibwe, Saulteaux, Cree, Dakota and Dene speakers lessens every year. Another is, French immersion schools produce bilingual speakers all the time, so we know that young people can become fluent in two languages with full immersion programming (but keep in mind that French immersion schools do receive more funding and they have curriculum in the French language).

Over decades, there have been numerous “studies” carried out in First Nations communities by the government to look at the effects of colonization and the work needed to reconcile. These studies include the Hawthorne Report (1966) which looked at the social conditions of First Nations. This report looked at the economic, political, educational needs and policies of First Nations peoples. In 1996, there was the Report of the Royal Commission on Aboriginal Peoples (RCAP). This report was five volumes and 4000 pages in length. It made about 440 recommendations on reconciling the relationship between First Nations (Indigenous) peoples and Canada. Most recently, came the Truth and Reconciliation Final Report (2015) with 94 Calls to Action. All of these reports make recommendations. And we know that Wahbung outlined what First Nations leaders wanted at that time (1971) but much of it is still to be realized forty-nine years later. It is difficult work, though, because the federal government in many ways has not lived up to its fiduciary duty and the spirit and intent of treaty promises despite many reports and recommendations.

FNT2T recently heard Anishinaabe storyteller and activist, Isaac Murdoch, speak about his journey and his work. He shared that he and his team started building their own village founded and based on the ways of our ancestors. They just did it with the resources that they had at the time and what they have available to them as they continue on. He stated that the young people, after only three years, are becoming fluent in the language. They are reconnecting to the Land. One might view this as a language nest, but certainly it is so much more than that. Isaac emphasized the importance of Bravery and Courage when it comes to trying these (new but yet old) things. He said that First Nations (Indigenous) peoples and organizations are doing work that has a common goal (despite different approaches), so it is important to support one another, the efforts, so that all hands are on deck when it comes to revitalizing and reclaiming language and ways. He and his team refused to deal with toxicity (and lateral violence) as there was/is just too much work to do. They pray(ed) often. And if there are issues, they’re discussed.

Lastly, Isaac shared: “We know the power of the Land [nature] because we are at its mercy when it decides so.” This is especially true during these unprecedented times as humans navigate through a global pandemic that has shut down economies. Is this an experience that was/is meant to teach (remind) humans the importance of being connected to Nature? Many have seen pictures of places across the world that had improved air and water quality because humans have had to stay isolated to protect themselves and others; therefore, pollution lessened in some areas. Perhaps humans are being reminded that their actions impact Nature, as does their inaction (staying safely isolated). Perhaps a lesson from all of this extra time at home due to a global pandemic is that a return to the land (to home) is possible, if we put our minds to it; and it’s necessary, especially if that is where the ways and the language can be reclaimed and revitalized. It’s working for Isaac and his team in creating fluency. And it’s a system of learning that our ancestors practiced, it’s existed since time immemorial, and it’s one that Wahbung wanted to reclaim along with contemporary ways all those years ago.