blog, Circles, newsFNT2T Peacemaking; a shift from punishment to healing based models 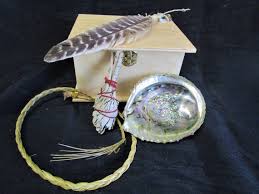 FNT2T Peacemaking; a shift from punishment to healing based models

I remember when I first heard this quote many years ago, I did not understand it as my mind was still in the process of decolonizing. I did not fully understand the current system that we live in is a forced system that we had to assimilate into. As I learned our history, I begin to learn that we had our own systems in place prior to 1492. I learned that we had our own education, child and family, economic, health, education, and justice systems. A system that was based on peace, harmony, balance, and natural order. As I researched and dug deeper by speaking with Elders and Knowledge Keepers, I learned these systems worked!

Our traditional systems were based on equality and wellness. The entire community seen themselves as one, with every person having roles and responsibilities. The community was based on sharing, helping one another, and living in harmony. When a person was suffering the community would come together to help the individual. The goal was to support the person so they can restore balance and heal.  Our ancestors understood that healthy and balanced people is required for harmony, survival, and evolution. Unfortunately, our traditional systems were outlawed as our ancestor were forced into to a foreign system. A foreign system based on hierarchy, power and control, and punishment. This system was instrumental in taking control of the land and its resources. Methods used to take control included the Indian Act, residential school, days schools, the 60’s scoop, racist laws and policies, and oppression.

Currently, the power and control systems are not working for our youth and data proves it. Our youth are overrepresented in CFS and justice. According to Statistics Canada (2019), Manitoba has the highest incarceration rates in Canada. For youth, that number is even higher as Indigenous youth represent 81%-82% of youth incarcerated. A Manitoba Youth Centre admissions report showed that 60% of youth admitted to the youth centre had CFS involvement. In 2020, there were 9,849 children and care with Indigenous children making up 90% of that number. Another failed system is health and wellbeing. Manitoba Centre for Health Policy released a report, “Health Status of and Access to Health Care by Registered First Nation Peoples in Manitoba” and the report revealed that there is a growing gap in First Nation’s health and other Manitobans. For example, First Nation’s death rate is 3x hire then other people living in this province. The report acknowledges “that the current state of Aboriginal health in Canada is a direct result of previous Canadian government policies, including residential schools”. These systems are not working!

To conclude, we need to cure the system as these government systems are making our people sick. At Anishinaabe Agowidiiwininan-Treaty 2, we are moving away from these systems that are not working. For Peacemaking, we are going to shift from punishment to healing based models. Based on each community’s vision and mission, we will strive to restore our traditional models of Peacemaking as well as utilize the best practices of the current system. As we move forward to cure the system, we will work together in a good way as we understand, “the hurt of one is the hurt of all and the honour of one is the honour of all”.