Treaty 2 Territory – It’s a mild January evening in 2021. Due to the Covid-19 Pandemic, many of the facilities in our Nations are closed, including the local rink. It’s going to take more than that to stop little nine year old Jazzlyn Korosil-Lacquette from skating and shooting pucks. So, she laces up her skates, and jumps on a local pond in Keeseekoowenin to play some hockey with her father. Jazzlyn is the daughter of Jessica Korosil, and Joel Lacquette. Currently, Jazzlyn plays on an all girls hockey team with Hamiota Huskies.

Jazz lives and breathes hockey. She never misses a practice, nor game. Hockey has become a prominent activity in her little life. She embraces every opportunity to attend Hockey Camps; as she most recently attended NHL player, Micheal Ferland’s Hockey School in Virden. The hockey school was a combination of ice training, and dry land training; something that Jazzy enjoyed!

Jazzlyn’s father (Joel) is the first cousin of Brigette Lacquette. In 2018, and 2019,  Jazzlyn was selected to attend Girl’s Hockeyfest in Winnipeg. Both years that she attended; it was amazing and made it super special and exciting that Cassie Campbell (former member of Team Canada Women’s Team) was there. During camp, Jazzlyn skated and chatted with Cassie on the ice but never mentioned that Brigette is her cousin . When Cassie learned that Jazzlyn and Brigette were related, she sent Jazz a  gift in the mail . The package arrived today and Jazzlyn was beyond ecstatic!   “Did she really send that to ME?| said Jazlynn. The gifts are so incredibly special to Jazzlyn and gave her so much encouragement ❤️

“I know Jazz has big dreams ands I always tell her “ If you can dream it then you can do it” says her mother Jessica.  “She has so much inspiration from these amazing hockey players”. 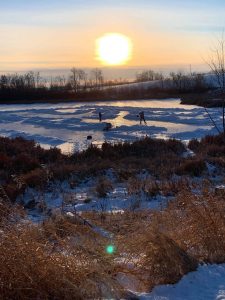 Jessica continued to share, “There may not seem to be much support in women’s hockey but there really is! Each and every girl who plays hockey should know that if they can dream it then they can achieve it”

Special thank you to Jazzlyn, and her parents Jessica and Joel for speaking with us today. They are hopeful that Jazzlyn’s story may help inspire families throughout the Treaty 2 Territory who have a little girl (or little boy) who has shown interest in the sport of hockey. Brigette Lacquette, Cassie Campbell, Micheal Ferland, and Zachary Whitecloud were all small once too. They put on their skates, gave it their all – and the rest is history.

And as I finish my story, and finish my chat with Jazzlyn’s mom Jessica, she watches her daughter dress up, lace up her skates, and head to the pond to follow her dreams. Who knows, maybe someday we will see Jazzlyn Korosil-Lacquette represent Keeseekoowenin First Nation, and the Treaty 2 Territory as she glides on Olympic Ice to play for Team Canada.

Dream big little one! The sky is the limit!!

Submitted By: Marlene Davis, Communications Keeper with discussion and submissions from Jessica Korosil. 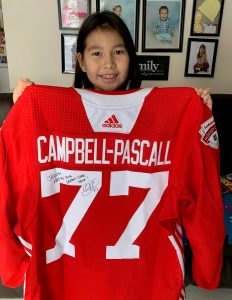 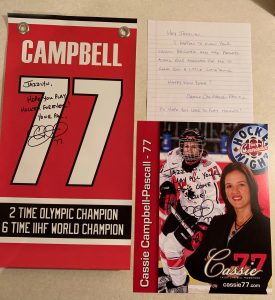 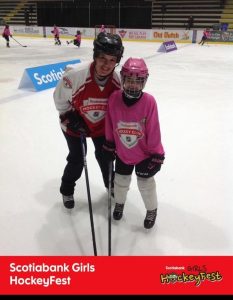 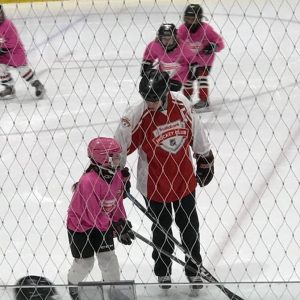 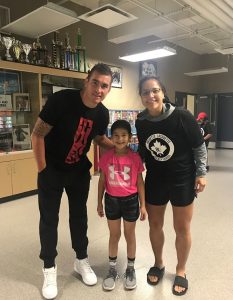 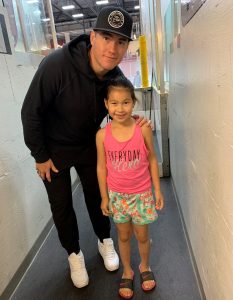