Treaty 2 Territory – A peacemaking system based on the Anishinaabe system within the First Nations in Treaty 2 Territory is a better alternative than recently proposed legislation by the Government of Canada says Chantell Barker, Peacemaking Keeper for First Nations in Treaty Two territory.  “Within Manitoba and Treaty 2 territory Indigenous people represent 80% of the inmate population,” said Barker.

“The proposed amendments are but small steps to correct the problems associated with the current system. We’re not saying the Government of Canada has done a terrible job here with their attempt. What we’re saying is that we have a better way of dealing with peacemaking.”

The Government of FNT2T has established a Territorial Peacemaking Circle with objectives of creating the Anishinaabe Peacemaking system, providing traditional Peacemaking approaches and implementing them in our local Nations.

Our model is founded on the Anishinaabe traditional framework with guiding ancestral principles of Aang-waa-misin (Peace), Mino-aani-gidoowin (Balance), Chi-sh-wi-ding (Harmony) and Chi-nah-ni-chi-kan (Natural Order. The Government of FNT2T has established a Treaty 2 Territorial Peacemaking Circle and will work with each Local Nation to establish their own distinctive-based and local nation-led Peacemaking Circle to restore Mino-Bimaadiziwin in the Nation.

“We believe that by using our system of balance that we can significantly reduce the number of Indigenous peoples who are incarcerated as well as restore the balance in our local Nations,” said Barker.

Interested in speaking with Chantell Barker about how our alternative system works? She is available today for interviews. 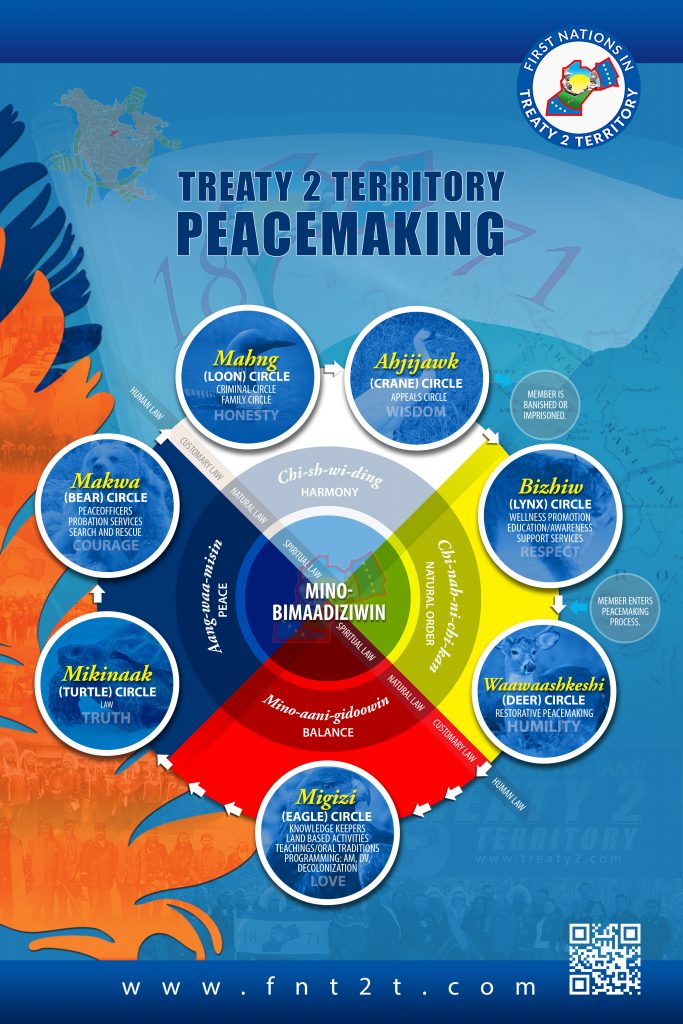