Treaty 2 Territory – On 23 March 2021, First Nations in the Treaty 2 Territory (FNT2T) continued dialogue with Canada regarding Peacemaking and the Administration of Justice agreement. As a few months passed since the last meeting, FN2T2 presented to Canada the progress made in regards to creating a Peacemaking system model, the Peacemaking Governing Circle, and the FNT2T Peacemaking Onankonehkawin. In addition, FNT2T and Canada discussed UNDRIP, the inherent right to govern, and working together as treaty partners.

Following greetings and introductions, the Peacemaking Keeper presented the Peacemaking System and Governing structure. The Peacemaking legal framework, that is based on Anishinaabe worldviews, was explained in detail as well as procedures.  The Peacemaking Seven Circle’s objectives, definitions, roles, and responsibilities were explained to Canada in detail. Canada’s feedback on Peacemaking was positive and very encouraging on moving forward. Canada expressed how the Peacemaking System can lead the way in Indigenous justice systems and be used as a model across Canada. Canada expressed the Peacemaking presentation was clear and makes the Administration of Justice Agreement process easier. FNT2T provided an overview of the Peacemaking Governing Circle and explained that it represents all the local nations in the Territory.  The Peacemaking Onankonehkawin was introduced and FNT2T informed Canada the Councils are supportive and involved in the draft processes and that the Peacemakers Circle (Court) has been established and will be launched soon for the Treaty 2 Territory. FNT2T informed the process is a collective effort, transparent, and all laws will be readily available to the Nation and throughout the Treaty 2 Territory.

FNT2T asked Canada for an update on UNDRIP, and the process in providing feedback regarding Bill C-15. Canada explained that INAN are accepting written submissions. FN2T2 discussed Treaty 2 rights and working together as Treaty partners. FN2T2 informed Canada that First Nations in Treaty 2 have the inherent right to govern and moving forward with Peacemaking and the other Circles.

In conclusion, the talks between FNT2T and Canada was reassuring that discussion on Peacemaking will move forward. FNT2T informed Canada that the current Justice system does not work for the Anishinaabe people as it focuses on punishment and disrupts peace and harmony in the Nation. FNT2T is reclaiming sovereignty and will restore an Anishinaabe Peacemaking System that focus on Mino-Bimaadiziwin. 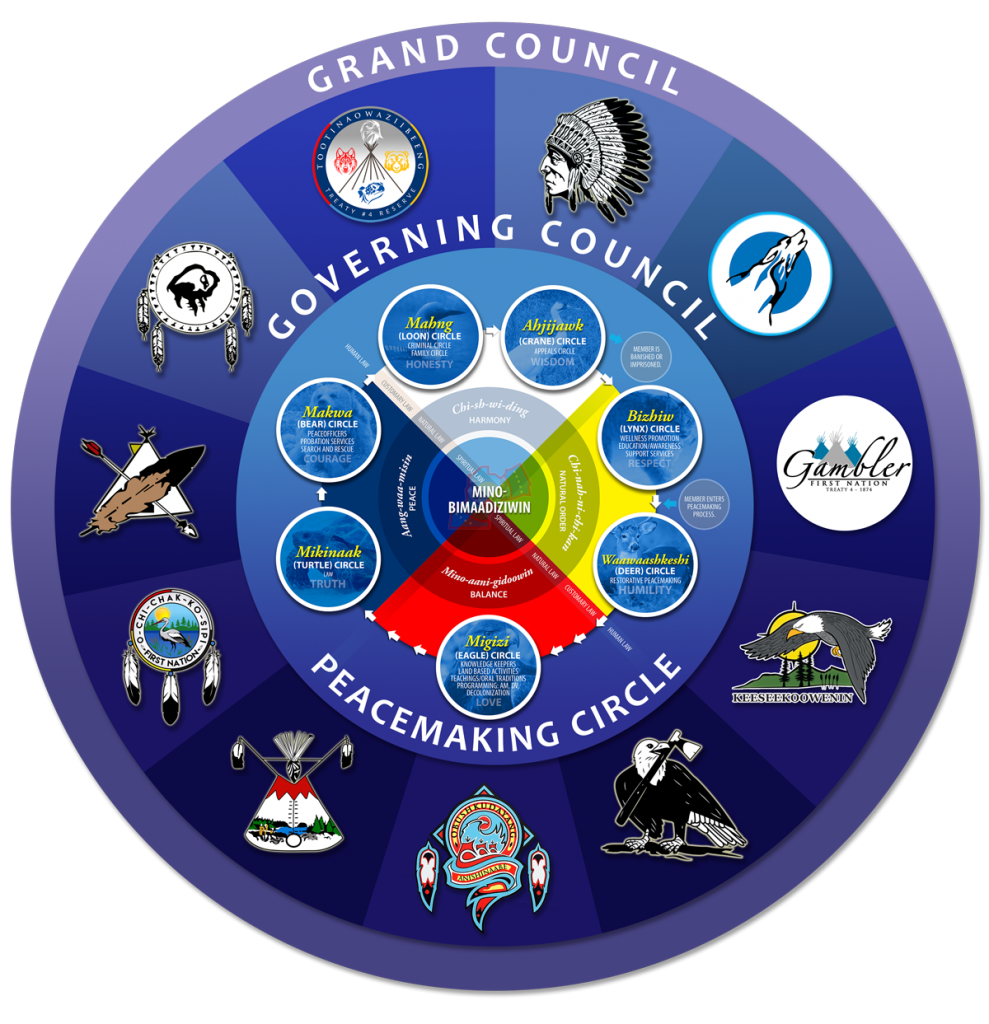