blog, Circles, Nation and Economic Development, PeacemakingFNT2T and Falconers Meet on Peacekeeping and the Future of Policing 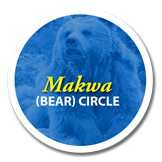 FNT2T and Falconers Meet on Peacekeeping and the Future of Policing

Treaty 2 Territory – On Friday, April 9, 2021, the First Nations in the Treaty 2 Territory (FNT2T) Government hosted a meeting with Falconers LLP to discuss Policing issues and possibilities for Peacekeeping in Treaty 2 territory. FNT2T presented the Peacemaking vision and framework. Falconers presented a snapshot on what other nations are doing across Turtle Island. There was discussion on the RCMP failing the First Nation people and the need for a new way of Peacekeeping.

FNT2T’s Peacemaking model includes the Makwa Circle as they are responsible for Peacekeeping. There was discussion on the need for a Peacekeeping service that will support FNT2T’s Peacemaking structure. FNT2T informed Falconers that this initiative will be grassroot driven and will include Nation engagements. Falconers were informed that engagements are starting this month and a report  will be provided to leadership for feedback and approval. Once the report is approved, it will be forwarded to Falconers to review and create a Peacekeeping System based on the needs of the Nation.

Moving forward, FNT2T will meet with leadership on next steps. It is important that the grassroot people, leadership, and our Circles are involved in the process. Falconers informed FNT2T that there several possible ways to approach Peacekeeping. One thing that stood in the meeting was finding out that Canada’s First Nations Policing Policy prohibits First Nations from including legal costs in the agreement. It was frustrating to hear that Canada’s is still using tactics from the early 1900’s. On a positive note, the meeting was encouraging as we move forward with creating our own FNT2T Peacekeeping System.