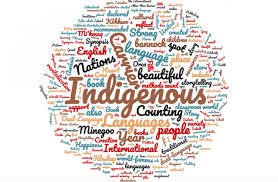 Treaty 2 Territory – Boozhoo. Aniin. Tansi. We hope that everyone is well.

March 31st is Indigenous Languages Day. First Nations (Indigenous) peoples celebrate their identity, land, and languages each and every day, but days like this are important because they can raise national and international awareness in recognizing and celebrating the very rich and diverse heritage of Indigenous languages.

There are many First Nations languages within Treaty 2 Territory; namely, Anishinaabemowin, Cree, and Dakota. Each with its own diversity in dialect as well as writing system. Our languages are gifts from the Creator.

The Assembly of First Nations has a guide titled A Guide to Act Respecting Indigenous Languages: A Tool for First Nations Language Revitalization (2019-2020). The Act recognizes and reaffirms Indigenous language rights as inherent, Constitutional (Section 35 of the Constitution Act, 1982), and international human rights, via the United Nations Declaration on the Rights of Indigenous Peoples (qtd. from AFN). The Act (Bill C-91) received royal assent on June 21, 2019. The act acknowledge that Indigenous language rights are inherent, treaty, constitutional, and international human rights. It further affirms these language rights in federal legislation and supports the execution of the Government of Canada’s commitment to the protection of these rights and implementation of action for their fulfillment. It also makes commitment to funding Indigenous language initiatives and there is an Office of the Commissioner of Indigenous Languages that will assist in the development of language plans.

AFN’s guide also offers a tool to assess and evaluate the state of language in communities. This can help communities determine a language revitalization plan based on speakers, resources, timeline, and capacity. The guide can be found on the AFN website: https://www.afn.ca/wp-content/uploads/2019/08/Respecting_Languages_Report_ENG.pdf. One of the most challenging goals in language programming seems to be the development of resources for the classroom in all subject areas so that there can be deeper immersion in language for young people.

Recently, artist and activist Christy Belcourt shared an image via Twitter that demonstrates the Assembly First Nations actually declared March 31st as Indigenous (Aboriginal) Languages Day back in 1989. Belcourt acknowledged receiving the image from Laurie Nahwegahbow (image source). This was quite interesting!

One of the ways in which some families integrate language into their home is by putting words in the language on cards and placing them all over the house (ie. greeting words at the door, food words in the kitchen, and the funny bathroom words in the bathroom which seem to be the words that most remember because they evoke our sense of humour and love of laughter). Of course, there are many ways in which to learn the language, but the key is to begin! Elders have said: “To learn even one word in your language and to speak it is an act of love and an act of resistance.” FNT2T LLL acknowledges all language keepers across Turtle Island. Miigwetch.