Treaty 2 Territory – On April 20, 2021, the First Nations in the Treaty 2 Government held their regular meeting with the representatives of Justice Canada to discuss Peacemaking. The meeting included updates from the FNT2T team as well as updates from Canada. The discussion included the Onankonehkawin Law, the Loon and Crane Circles responsible for judicial processes, and the Calls to Justice in Reclaiming Power and Place: The Final Report of the National Inquiry into Missing and Murdered Indigenous Women and Girls. The Peacemaking team demonstrated that Peacemaking is not replicating the current justice system as that system is broken.

“Our Peacemaking is changing the landscape of justice and can be the model for the rest of turtle island.”

The Peacemaking Keeper presented an update on Peacemaking and the progress to date on the Onankonehkawin Law. FNT2T informed Canada the sections on the Peacemaking Governing Circle, the Loon, and Crane Circle are near completion. The other 5 Circles will be completed when the nation engagements are completed as each community will be unique on how they want to administer their circles.

The meeting between FNT2T and Canada was another step towards an Anishinaabe Sovereign Peacemaking System. A Peacemaking system that recognizes Inherent rights and the self-government.

Peacemaking is reclaiming the Anishinaabe practices by focusing on wellness, healing, and protecting the Nation. 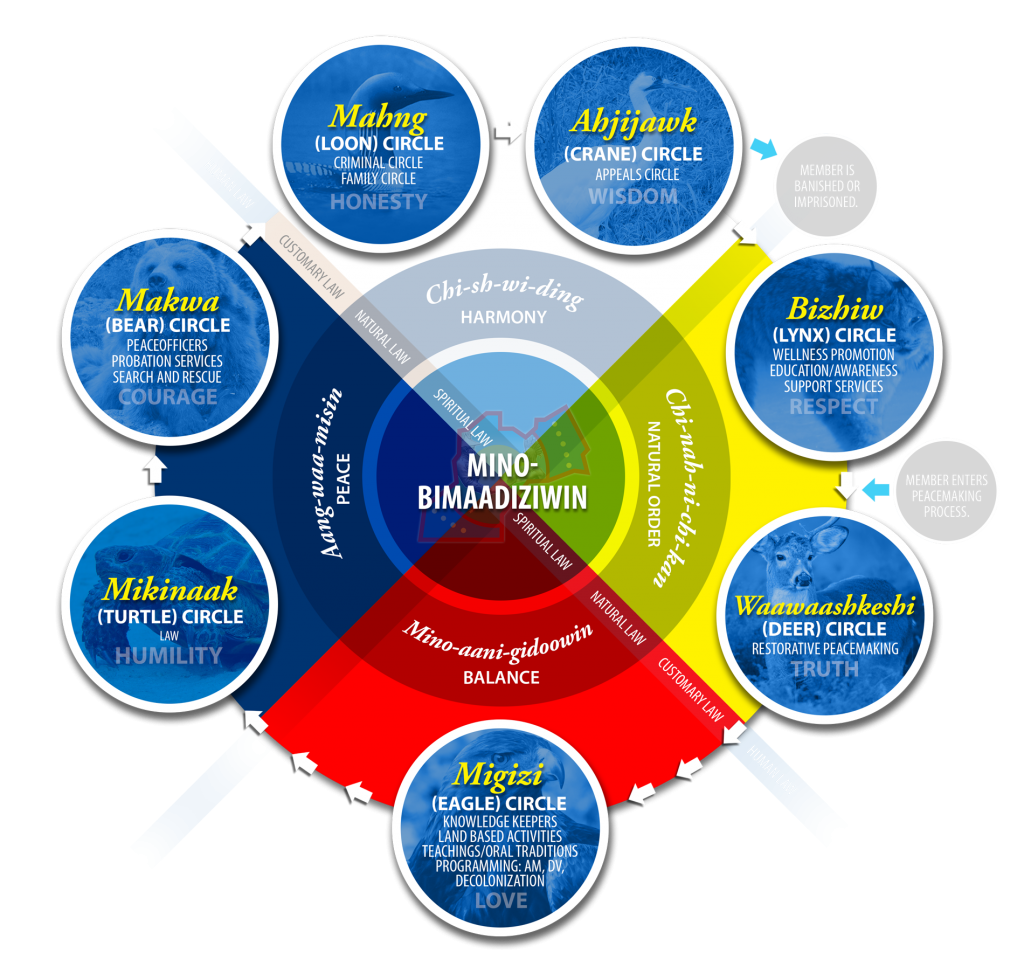