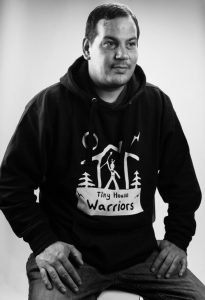 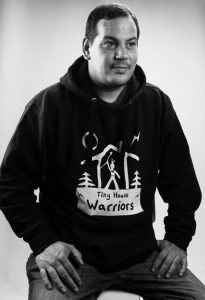 9 Signs of the Hopi Indians that speaks about the signs leading up to our times.

From the Anishinaabek, Edward Benton-Banai, The Mishomis Book:

“The seventh prophet that came to the people long ago was said to be different from the other prophets. He was young and had a strange light in his eyes. He said, “In the time of the Seventh Fire a Osh-ki-bi-ma-di-zeeg’ (New People) will emerge.  They will retrace their steps to find what was left by the trail. Their steps will take them to the elders who will have fallen asleep. They will awaken to this new time with nothing to offer. Some of the elders will be silent out of fear. Some of the elders will be silent because no one will ask anything of them. The New People will have to be careful in how they approach the elders. The task of the New People will not be easy. If the New People remain strong in their quest, the Waterdrum of the Midewiwin Lodge will again sound its voice. There will be a rebirth of the Anishinaabe Nation and a rekindling of old flames. The Sacred Fire will again be lit.”

“It is at this time that the Light-Skinned Race will be given a choice between two roads. If they choose the right road, then the Seventh Fire will light the Eighth and Final Fire – an eternal Fire of peace, love, brotherhood and sisterhood. If the Light-Skinned Race makes the wrong choice of roads, then destruction which they brought with them in coming to this country will come back to them and cause much suffering and death to all the Earth’s people.” 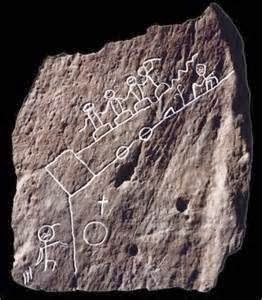 “These are the Signs that great destruction is coming. The world shall rock to and fro. The white man will battle against other people in other lands — with those who possessed the first light of wisdom (East). There will be many columns of smoke and fire and cause disease and a great dying. Many of my people, understanding the prophecies, shall be safe. Those who stay and live in the places of the Hopi and other pure-hearted people also shall be safe.”

“It was said that they would succeed if enough Hopi remained true to the ancient spirit of their people. Then there will be much to rebuild. And soon — very soon afterward — Pahana will return. He shall bring with him the dawn of the Fifth World. He shall plant the seeds of his wisdom in their hearts. Even now the seeds are being planted. These shall smooth the way to the Emergence into the Fifth World.”

Isaak talked about his journey to returning to land. His people has a village where they live off the grid.

“I’ve seen it so many times because they were reconnected and [the youth] were stewarded back onto that sacred path that their ancestors gave them. And it was through the elders that they were able to find that sacred path.”

It wasn’t an easy path for Murdoch. First, he had to struggle against what he felt was expected of him.

He felt a constant pressure to get out of the forest and get into town, but his brain just didn’t want to work in a classroom setting.

Murdoch credits ceremonies like the vision quest with helping him find his path. He was in the Kootenay Plains, Alta., with elders and a group that had been put out for a fast.

They were drinking out of the streams and hunting on the land for moose. Murdoch said there was no garbage in the camps and he felt the draw of that lifestyle.

“I felt so nourished in those settings. As soon as I got a little bit older, I thought, I need to try to continue that, not only so I could feel good in those spaces, but we need to offer that to the youth the same way it was offered to me.”

Murdoch said when he used to hear leaders talk about rights, he thought it wasn’t about rights but rather responsibilities.

“When we have a responsibility-based agenda, it creates a different atmosphere. It allows the doors to be open for people to work together as opposed to a rights-based agenda, where everyone has a right to the piece of the pie and it causes friction.”

Our conversation was lengthy and insightful. We could have shared 2 more days yet on the Anishinaabe needs to do in these sacred times. We ended our conversation with the message from our Elder of Turtle Lodge.

Dave Courchene, Anishnaabe elder and the founder of Turtle Lodge, an institution that maintains the fires of traditional knowledge in Manitoba, Canada, says prophecies aren’t always negative. He told ICMN that prophecies, to his people, offer hope and direction.

“We were given instructions on how to live and how to behave and we’ve strayed away from those original instructions,” he said. “What we’re finding in the world today, through the signs that nature is offering us is that we need to reflect on our behavior—on how we’re treating life and how we’re treating each other as human beings. It’s really parallel to the Mayan calendar when they talk of the new cycle that’s coming and then you hear so much talk about the end of the world.”

But he doesn’t see the end of the world as an ending, Courchene sees it as a beginning.

“The end of the world can also be understood that we’re being given an opportunity to put an end to our negative behaviors,” he said, noting that this new cycle will mean a return to Anishinaabek values.

“These changes are going to be somewhat difficult for those that have lived the materialistic life because this new life the elders are talking about is a return to laying down values and principles that whatever we create in our life must be grounded with those values,” he said. “The principles of our understanding, of the survival of the people have always been based on peace, harmony and respect for all of life.”

For more information on the work that the Earth Lodge is doing, please visit our website at: http://lodge.fnt2t.com/ 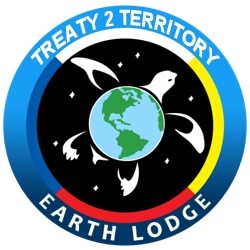