Treaty 2 Territory – On May 4, 2021, First Nations in the Treaty 2 Government met with Canada to discuss Peacemaking and had the honour to hear a presentation by Sol Sanderson. Senator Sanderson presented on 500 years of Canadian policies and a solution for Canada on ways to implement Peacemaking Onankonehkawin Law and the Administration of Peacemaking.

The Peacemaking Keeper provided an overview of the Peacemaking Onankonehkawin and was able to get feedback from Mr. Sanderson and the representatives from Canada. Senator Sanderson discussed the need for judicial relations that will provide recognition.

“The judicial relations then provides a recognition of our own traditional contemporary justice system in the form of peacemaking that been developed and implemented in Treaty 2, under their worldview, their philosophy, their traditions, their customs, their practices, their beliefs, and their values…” -Sol Sanderson

Senator Sanderson explained that we need unique and special laws for our nations in the form of our own inherent legal system, not the federal system or provincial system.

The Peacemaking Keeper informed Canada that the laws Senator Sanderson is referring to is near completion and will be presented to the FNT2T Councils this month for review and approval. Once supported, the draft law will be provided to Canada to begin the Aboriginal Justice Agreement process. Senator Sanderson’s presentations confirmed First Nations in Treaty 2 Territory are heading in the right direction and FNT2T will restore inherent rights and Anishinaabe systems. 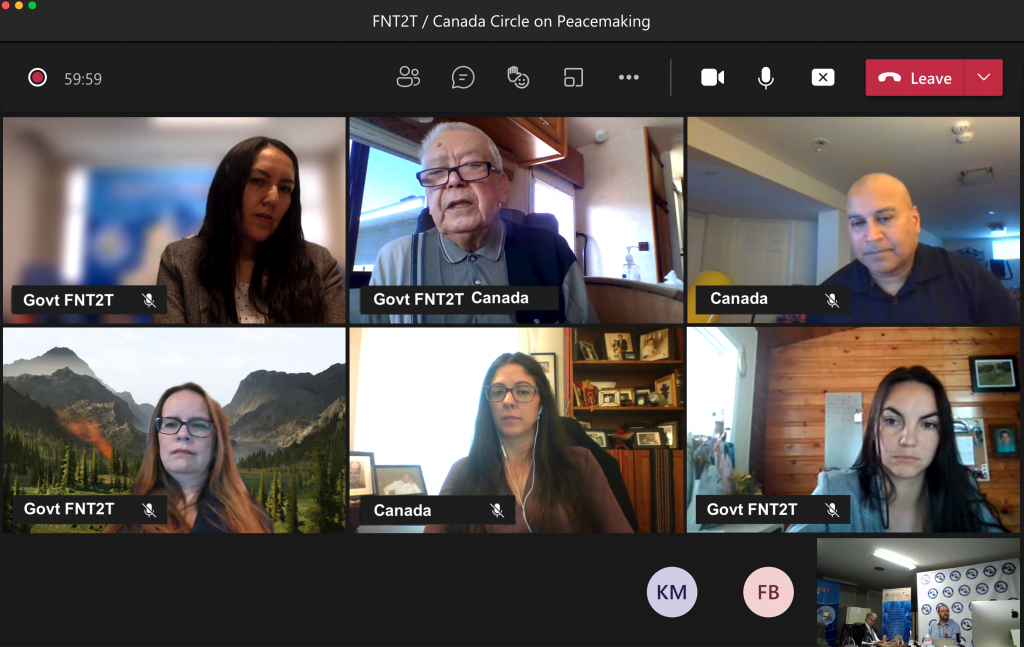