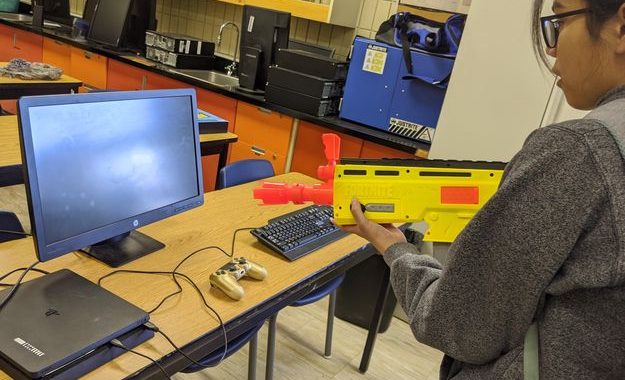 Treaty 2 Territory – A total of 61 students across Canada have taken home a $100 cash award as well as receiving recognition and other prizing as part of the Ted Rogers Innovation Awards program, an initiative of Youth Science Canada, with support from Ted Rogers Community Grants.

2 students from Ebb and Flow First Nation were among the recipients of the Ted Rogers Innovation Award; Bree Racette, and Wynonna Wood were each recognized for their Science Fair Project titled “Motion Controlled Video Game Controller”. The pair advanced to the Canada Wide Science Fair from their success at the Manitoba Indigenous Regional Science Fair. 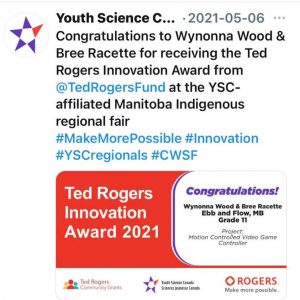 “For us, the most enjoyable games at arcades are the ones with gun controllers that you use to shoot at the screen. We wanted to build a gun controller that we could use on a home video game console that would recreate the arcade experience. The controller would be usable on any first person video game. To do this we gutted a Nerf dart gun and inserted electronics controlled by an Arduino Micro” says Bree Racette.

“The controller we built works great. We also added extra functions to the controller to make the video game experience more immersive. During the construction and planning of our project we learned lots about electronics and coding” added Wynonna Wood.

Their project can be viewed by clicking on this link: https://projectboard.world/ysc/project/motion-controlled-video-game-controller-bqxdw?fbclid=IwAR0whpkO0p28ee3sE

The pair have had the support of their Science Teacher Ed Koe, along with the Ebb and Flow School, in addition to their families and friends.

Congratulations to you both on your success! We wish you the very best in your future endeavors.