Gator Beaulieu’s Journey takes him up Highway Number Six & to top of the charts!

Treaty 2 Territory – Growing up on the Ebb and Flow First Nation, there were few young people who spoke Anishinaabemowin. For the most part, we understood the basics such an numbers, instructions etc. Many understood the language, however I struggled in that area as only one of my parents were fluent and I didn’t hear a lot of two way conversation.

One Halloween, as my friends and I were running from house to house trick or treating, we came upon a house that was occupied by a small family. Arlene Flatfoot, and Frank Beaulieu resided in the home with their young children. We knocked on the door, and to our surprise, this little boy came to the door. In Anishinaabemowin, he was saying “Come In” – Biindigen. He was only about 4 or 5 years old. He proceeded to talk to us in the language, and it sounded so cute, however I had no idea what he was saying. His father came to give us treats, and told his that the little boy’s name was “Gator”, and he was telling us that we looked funny. We laughed, and left with our treats, amazed at the fluency of this little guy. 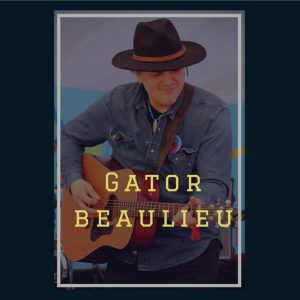 Years went on, and I remember Gator and his family moving to Norway House where his mother Arlene taught for years. Gator grew up to be a handsome young polite young man; always greeting you with a smile. Visiting Norway House Cree Nation one year, I was asked to sit in as a judge on a local talent show they were hosting. Low, and behold as I flipped through my score sheets, I came across a familiar name “Gator Beaulieu”. I am amazed at Gator’s vocal ability, and knew he was destined towards a journey of stardom.

Years passed, and I would often hear that familiar voice on our home nation radio station, and over the NCI-FM airwaves. Most recently, I’d hear Gator with the legendary Billy Joe Green on the Indigenous Music Countdown with their single titled “Hard Hearted Women”. To no surprise, the single soared to the top of the chart and became a #1 hit.

Even with live entertainment venues being closed for most of the past year, that hurdle hasn’t slowed Gator down. He recently released a music video for his first hit, “Highway Number Six”. Growing up, Gator and his family spent a a lot of time traveling between his home fires of Ebb and Flow First Nation, Sandy Bay First Nation, Norway House Cree Nation, and Winnipeg. 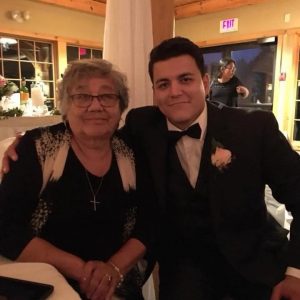 Gator wrote the tune which talks about Highway 6 and how it was a link between the North and the South; one in which he became quite familiar with as made visits to see his Koko Doris Flatfoot on the Ebb and Flow First Nation (seen in the photo to the left).

At the young age of 30, Gator credits his family for their support and helping attain the success he has thus far; his wife Natalie, their children, Gator’s parents and extended family are his biggest fans.

Gator was assisted by his cousin Rachel Beaulieu who offered to shoot, direct, and edit his debut video. The two collaborated and released an incredible, country road video which premiered on May 19th, 2021.

The video, released on YouTube and all social media platforms received over 5000 views in just 2 days.

His mentor, and fellow musician, Billy Joe Green praises Gator for his vocal and music abilities saying “I think he has the potential to go straight to Nashville”.

Gator will be performing at  the Government of First Nations in Treaty 2 Territory – 150 Year Commemorative Event (of the making of Treaty 2) in Ebb and Flow First Nation in Mid-August.

Gator has come a long way from the little boy that I met at the door of his house that one Halloween night. I’m incredibly proud of his ability to speak and carry on the Anishinaabemowin language, for his ability to write, and perform music, and for his tenacity and determination to continue doing what he loves.