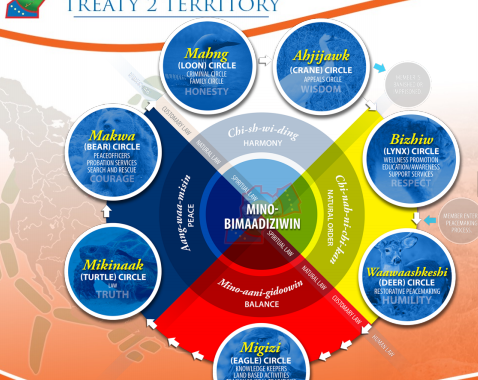 The Indian Act and Peacemaking

Treaty 2 Territory – It is no secret that Canada’s Indian Act as an oppressive tool to control First Nation people. The Indian Act it has caused intergenerational oppression and damage to the Anishinabek and Indigenous peoples across Canada. The Indian Act of 1876 has been in effect for 145 years with amendments, has resulted in dependence on the Canadian government. This dependence shattered many spirits of the Anishinabek as the Canadian Government continues to impose racist policies. Therefore, the Anishinabek people of Treaty 2 Territory is asserting their inherent rights and will create their own Peacemaking System that will eventually replace the Indian Act.

The federal government continues to use the Indian Act as their tool to have power over the First Nation people, the land, and its resources. As a result, billions of dollars in resources taken from the land and little reimbursed to the First Nation people. The First Nations are underfunded and under resourced. As a result of the lack of resources, poverty is ongoing issue that results in poor housing, poor water quality, high suicide rates, and overrepresentation in social systems.