blog, Circles, Internal and External Relations, MTN News, newsTreaty 2 Territory flag 1st to be raised as Brandon University honours the Territory in addition to 5 other flags 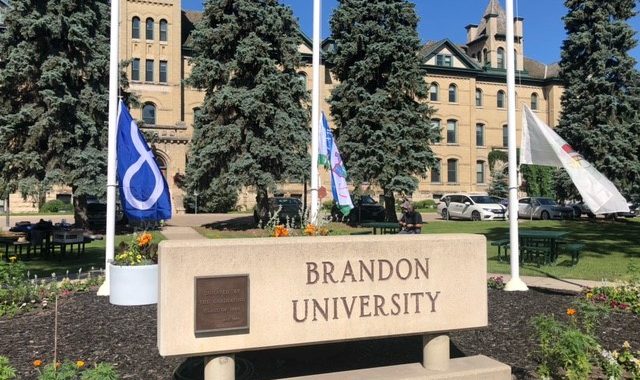 Treaty 2 Territory – Brandon University’s street presence is a little more vibrant, with six new flags hoisted on campus, including multiple Indigenous flags. Yesterday, a ceremony was held to honour the flags in time for National Indigenous People’s Day. The University acknowledged the land in which is sits on, and first hoisted the Treaty 2 Territory Flag with the assistance of  Keeseekoowenin First Nation Chief, Norman Bone. 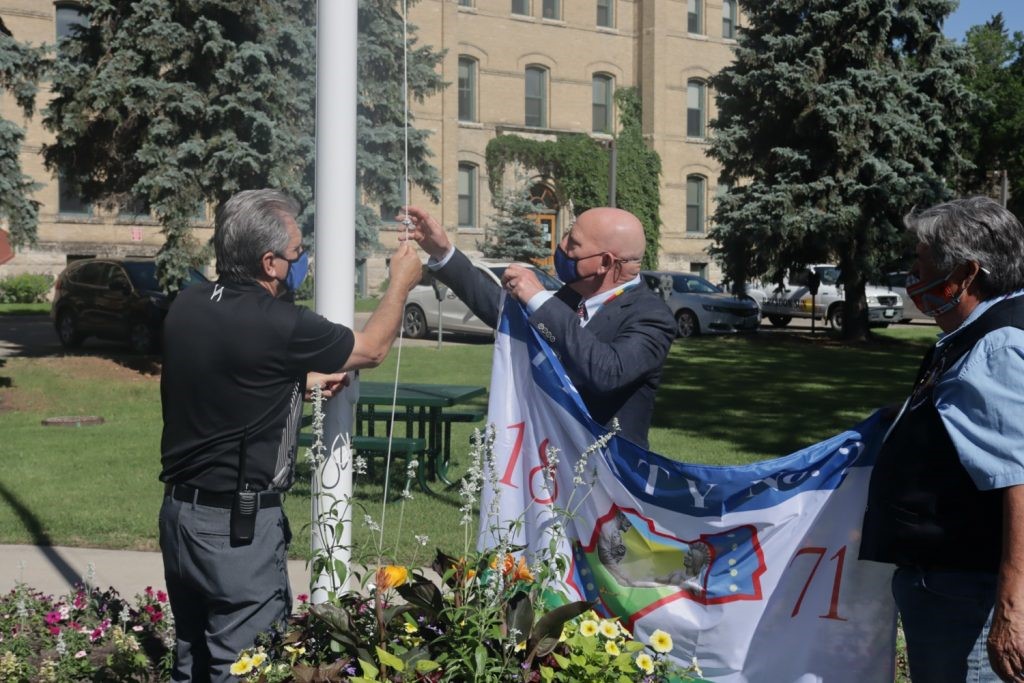 “These flags are symbolic of the multiple, overlapping communities that call this land home, and represent a visible sign that Brandon University is a welcoming space for all,” said BU President Dr. David Docherty.

Joining our Treaty Two flag, was the Métis Nation flag, an All Nations flag, a Canada flag, a Manitoba flag and a Brandon University flag. Previously, BU only flew the Canada flag on a single flagpole. The new flagpoles were installed last year, however the ceremony original planned for last year had to be postponed due to the pandemic.

“Representation matters, and seeing Indigenous flags flown side by side up there stirs a lot of pride,” said Chris Lagimodiere, Director of the Indigenous Peoples’ Centre at BU. “This continues to add to the Indigenous influence on campus, such as our seven teachings plaques, and each piece that we add makes all of BU a warmer and more inviting place.”

Lagimodiere and Docherty were joined by BU Chancellor Mary Jane McCallum and flag representatives for a series of small-group ceremonies, following Covid safety protocols, to raise each flag in turn. With thanks to the BU Indigenous Centre Knowledge Keeper, the flags were smudged, and the grounds were cleansed, before being raised. When all six had been raised, an honour song was also done as the flags were raised to the top of their poles. 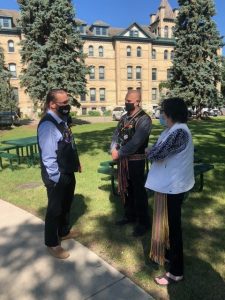 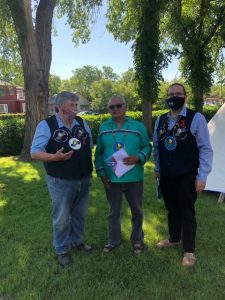 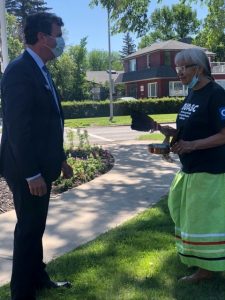 The flags are a permanent addition to the BU campus. The new flagpoles and their location on 18th Street will also bring additional prominence to occasions like the lowering of flags to half-mast for memorials, and to the raising of community flags, like the Pride flag. 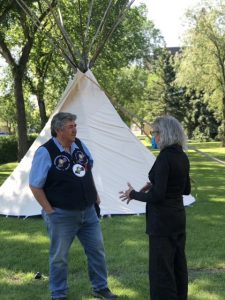 Our Treaty 2 Government is grateful for the acknowledgement, the unity and friendship that we have with the Brandon University. We share our gratitude for being invited to this profound, engaging moment in time for our people, and all those in their educational journey at Brandon University.