Treaty 2 Territory –  On July 6th, 2021 the Assembly of Manitoba Chiefs announced the candidates seeking election for Assembly of Manitoba Chiefs Grand Chief and Regional Chief.  A notice was put fourth to all Manitoba First Nations of the upcoming AMC General Assembly taking place on  July 13th & 14th, 2021 in Treaty 1 Territory on the Long Plains First Nation. The election is scheduled for the second day of the Assembly, on July 14th.

Vying for the title of Regional Chief, will be 2 member of our First Nations in Treaty 2 Territory. Darrell Shorting of Little Saskatchewan First Nation, along with Cindy Woodhouse of Pinaymootang First Nation are among 2 other candidates on the ballot.  Also seeking the seat of Regional Chief for Manitoba are Karen Batson, and Cathy Merrick. 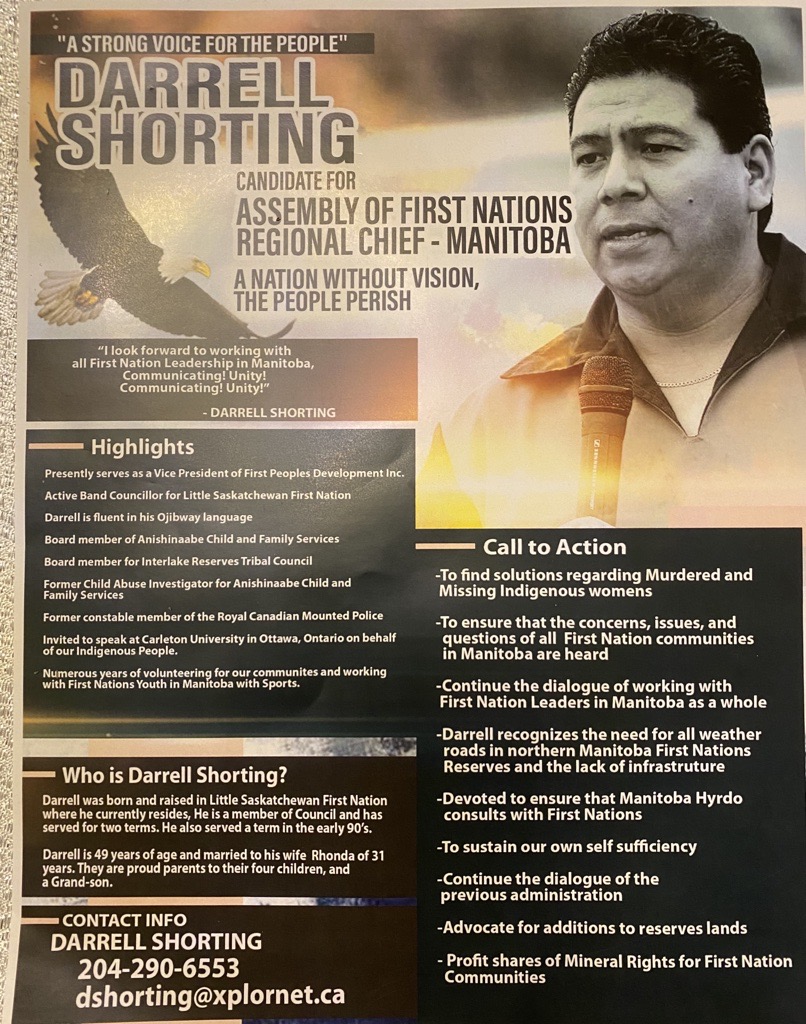 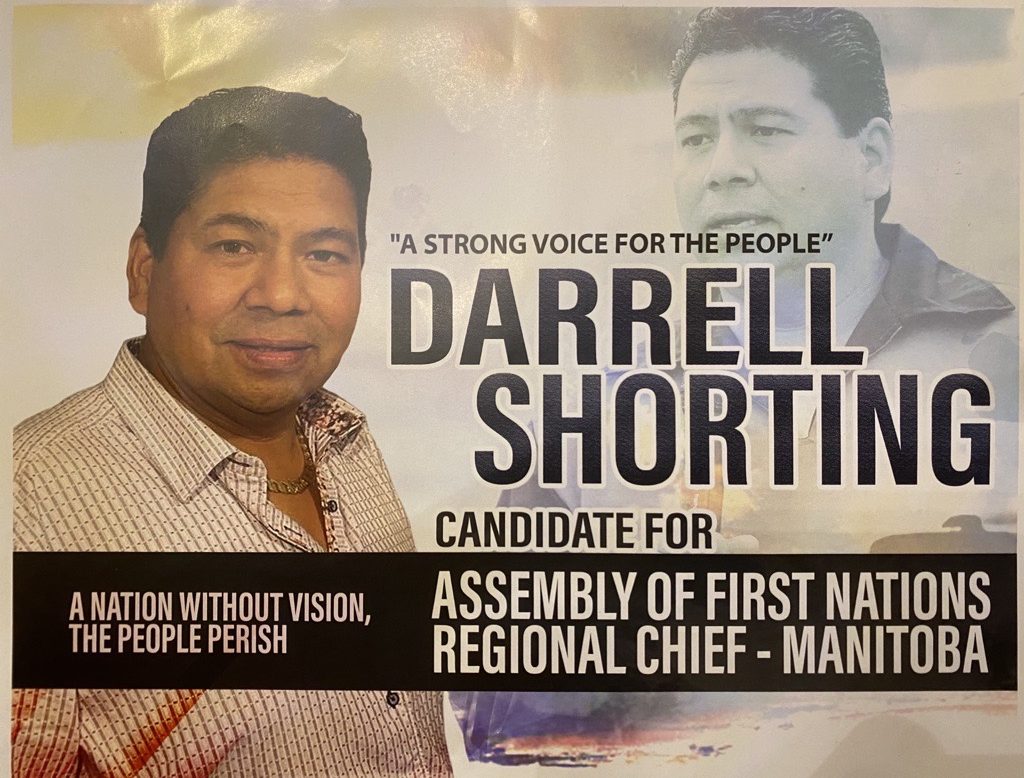 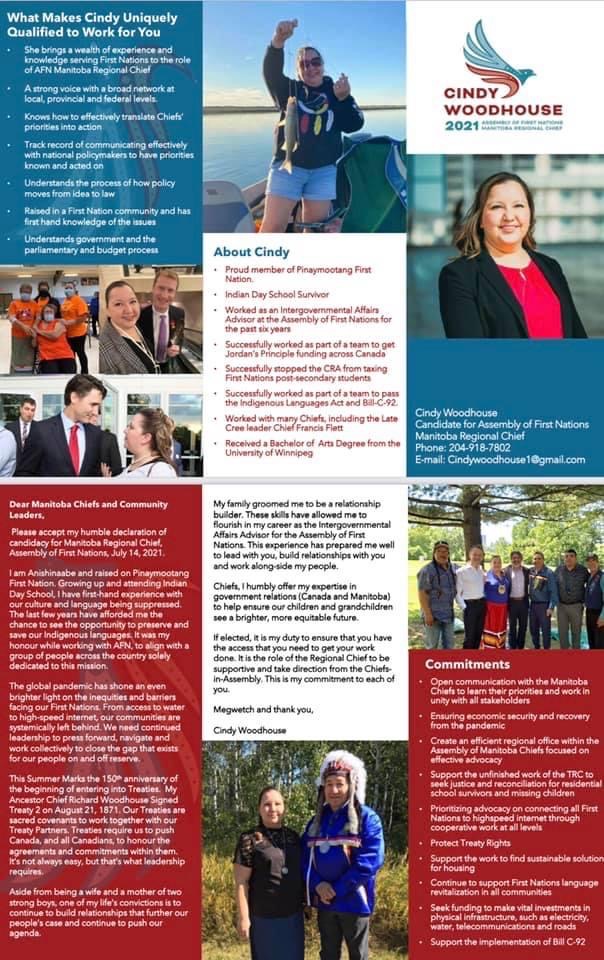 We wish the candidates from our the Treaty 2 Territory the best of luck as they pursue their ultimate desire to help lead our Nations.

Our Government of First Nations in Treaty 2 Territory respects the reciprocal unity between the Assembly of First Nations, as we work towards sovereignty for our Nations. As we move forward, we appreciate AFN and their support as an advocate linking FNT2T Government with Ottawa when systematical division prevents us from advancing in the work that we are doing to reclaim our Inherent Rights as Anishinaabe people.

For more information on the Assembly of Manitoba Chief General Assembly, the elections for Grand Chief, and Regional Chief, please visit; https://manitobachiefs.com/notice-to-all-manitoba-first-nations-proxy-designation-form/#iLightbox[gallery16781]/0