Treaty 2 Territory – The Treaty 150 was held this past weekend and was a full two days of commemoration of 21 August 1871 treaty with the crown and their representatives.

Now getting back to ground level, the Government of FNT2T is ready for council development.  This week the Grand Council (members) was originally planned for 24/25 August at Kakakwekejeong (Ebb and Flow).  Due to the fourth wave of covid 19, the Local Nation and FNt2T has decided to postponed the Grand Council until October 2021 either on the land or virtually.

More information will be published after the Governing Council in September. 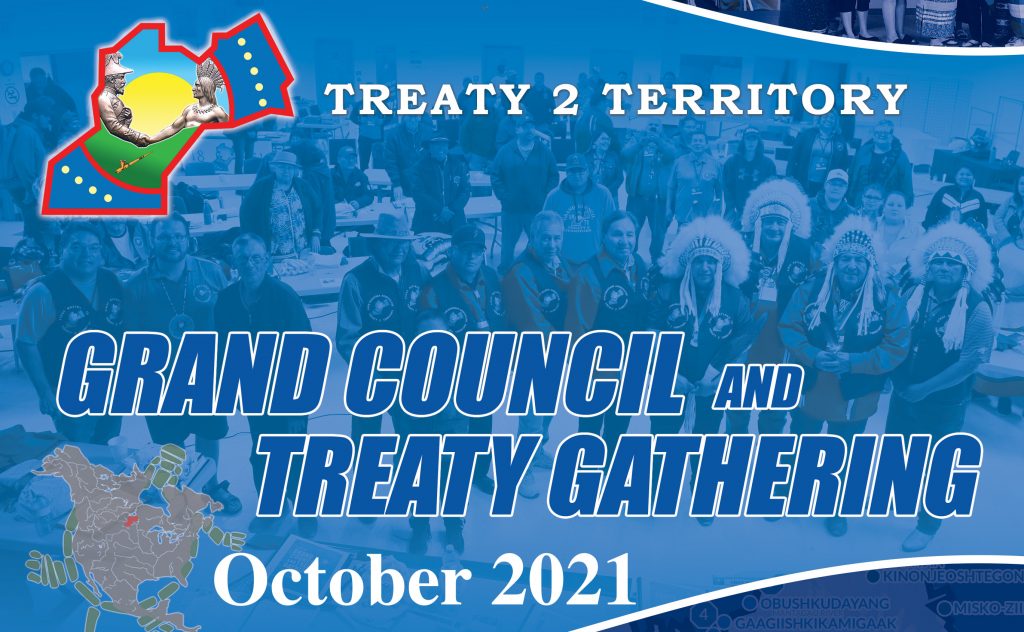