Treaty 2 Government hosts 2 days of ceremonies to commemorate the making of Treaty 2 on August 21, 1871 – 150 years of resilience

The Anishinaabek of Treaty 2 Territory continue to move forward in the protection of our Nation, territory and our government.

On August 21st, 1871 a treaty was made between the crown representatives from England and Ireland and our Anishinaabek (Chippawa and Cree) of the territory to protect 21,440 million acres and welcome your ancestors through immigration and settlement.

A gathering of delegations and members from our Local Nations and our Councils gathered this past weekend at Wasagaming’s Anishinabe Sharing Lodge. The event began Friday with a Pipe Ceremony, Water Ceremony, and teachings on the History of the making of Treaty 2. Miigwech to Robert and Mary Maytwayashing and Peter Atkinson for coming to share their gifts, prayers, and teachings with us.

On Friday, Mrs, Mary Houle led a Jingle Dress Dance in prayer for our Nations, our Territory, Turtle Island, and Mother Earth – to bring healing from Covid-19. Several Jingle Dancers from the Territory joined Knowledge Keeper Mary as they danced to the drumming of the North Wolf Ojibway Drum Group from Ebb and Flow First Nation.

During Saturday’s ceremony. during an emotional presentation,  Treaty 2 Ogichidaa, Eugene Eastman was gifted with a new bonnet by Chief Noman Bone.  Ogichidaa Eastman accepted the bonnet and dedicated it to the memory of this late father, and his late wife. 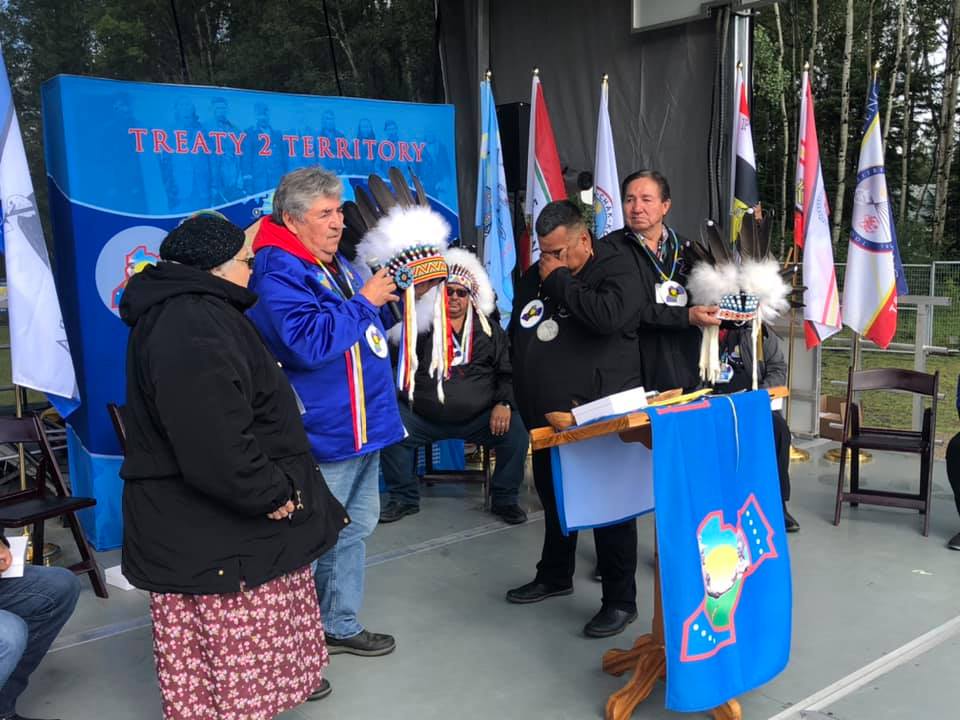 North Wolf Ojibway Drum Group sang an honour song, as those in attendance stood in remembrance of Residential School Survivors and those children who never made it home.

Throughout the weekend, Keepers, Helpers, and Volunteers could be seen wearing red t-shirts with the wording “Miminik” NO MORE in honour of Murdered and Missing Indigenous Women and Girls Transdenger plus. 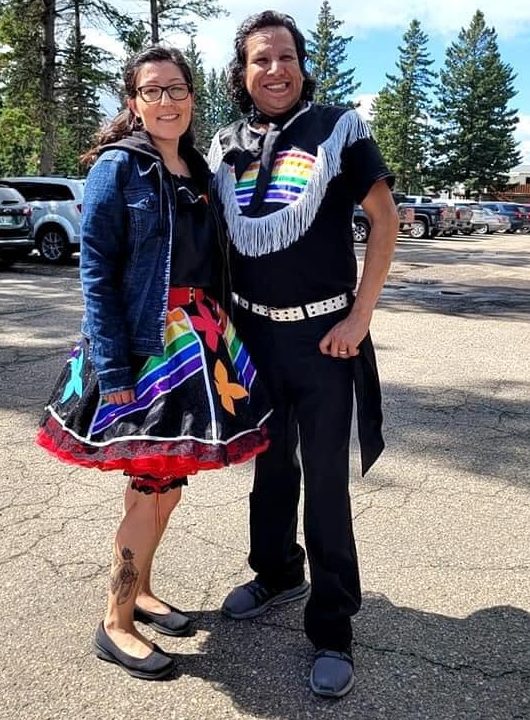 Treaties were negotiated in Canada between First Nations and the British Crown as early as 1701 and continued in both pre- and post-Confederation periods. Treaty No. 2 was negotiated and entered in August 1871 at the Manitoba House Fur Trading Post, also known as the ‘Manitoba Post Treaty’, on the west shore of Lake Manitoba.

A few communities that share in the Treaty No. 2 include Brandon, Dauphin, Melita, Minnedosa, Roblin, Virden and many more.

The First Nation communities that entered into Treaty No. 2 include:

Treaty 2 extends north and west of Treaty 1 territory, from the east shore of Lake Winnipeg, across the centre and southwest of Manitoba to the Moose Mountains in southeast Rupertsland. This territory includes 8,676,828 hectares of land, including Riding Mountains, Duck Mountains, Turtle Mountains, Hecla/Grindstone and Moose Mountains. 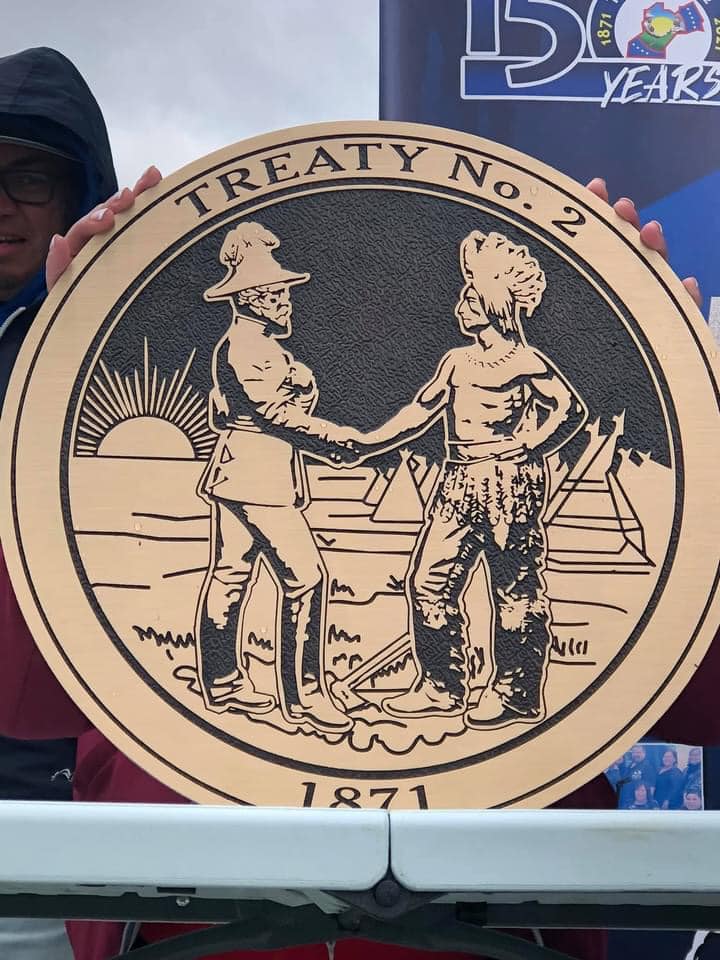 We are all treaty people, and it is our shared responsibility as Manitobans to implement the spirit and intent of which Treaty No. 2 was made, and it was an honour to us to be able to share this event with visitors from backgrounds, and Nationalities. Thank you to all those who came out to share this significant day with us.