Peacemaking Presents at 150 Commemoration of Treaty 2 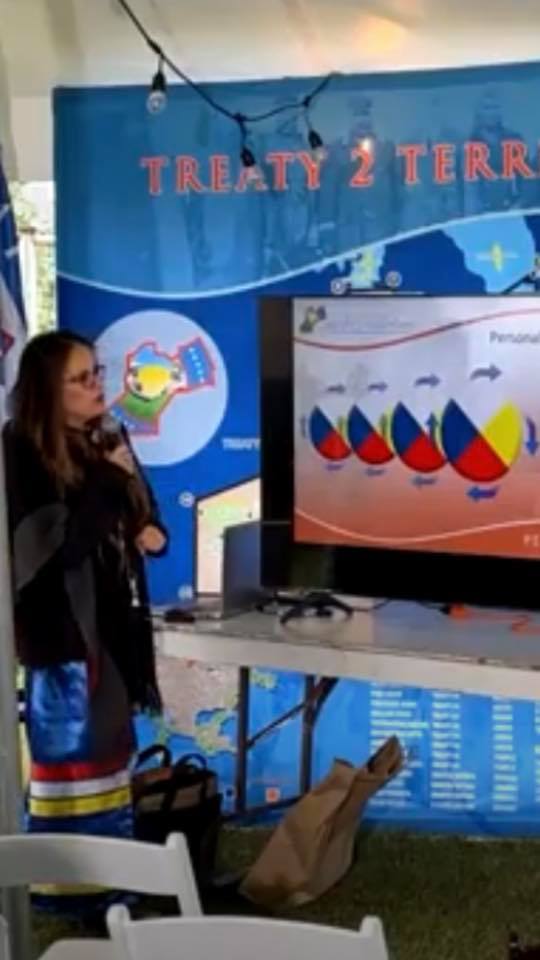 The Treaty 2 Commemoration was held to remember 150 years ago a treaty was signed by two nations to share the land and resources. Unfortunately, unfulfilled promises resulted in the dismantling of traditional peacemaking processes. The Peacemaking team were provided an opportunity to present a modern Peacemaking system to the people in the Treaty 2 Territory. The Peacemaking model, structure, and the Seven Circles of Peacemaking were presented to the Nation.

The Peacemaking Team presented a snapshot of the Peacemaking Onankonehkawin (law) to the people. This was a great time to present as the audience consisted of Treaty Commissioners, Elders, Knowledge Keepers, and the people. With the wealth in the knowledge at the gathering, this was an important step for Peacemaking to obtain feedback and support from the attendees. The feedback was supportive and included suggestions such as creating our own laws in the Territory. Peacemaking received the constructive feedback, and they will implement in Peacemaking moving forward. The people were informed the Moccasin Trail News created a Special Edition on Peacemaking for further information.