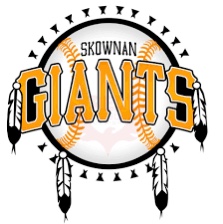 Treaty 2 Territory – The 2nd Annual SKO Giants Fastball Tournament was held in Dauphin over the weekend on September 11th & 12th.  All teams played their absolute best resulting in all the games being very were close. With such tight scores, the annual tournament could have been anyone’s tournament.   Taking home the Championship

Treaty 2 Territory – Ochichakosipi held a Knowledge Keepers gathering for the local knowledge keepers to gather and share stories with each other. This gathering took place on September 14 and 15 at the beautiful beach of Ochichakosipi. The gathering started off with a terrific breakfast put on by the local health department. Other events …