Reconciliation or The Status Quo?

Treaty 2 Territory – The word “Reconciliation” has been bandied about in numerous government publications in recent years. It has rolled off the lips of several politicians of all stripes at the municipal, provincial and federal levels. It’s a word that is getting to be overused. One wonders if its been given a new meaning or we completely misunderstood what it meant in the first place. Former premier Pallister stated “he was involved in reconciliation for decades”. What he failed to mention was that he was in the business of denying it. There have been other variations of the word being expressed by Indigenous people from across our territories, one of them being “Wreckconciliation”. It comes from what we’ve seen as Indigenous people when it comes to defending our Rights. It’s what we’ve witnessed and lived through with government actions across our lands . They speak of reconciliation but their actions are more in line with wreckconciliation. This has played out numerous times and continues to do so daily. Another variation of the word is “ReconciliAction”. In other words don’t just talk about it – do something about it. They speak of reconciliation but speaking about it and not implementing or delivering concrete results is all talk and no action.

We have witnessed a continued onslaught on our rights by governments. Our people continue to be removed from our lands. Denied access to the very resources we need to sustain our way of life, our families, our well being and the well being of our nations. More recently two nations have put government on notice of the crown’s continued desire to neglect and ignore the Rights or our people. Below, you will see that that the Sapotayweyak Cree Nation along with the Swampy Cree Tribal Council issued a news release announcing they will be defending one of their members in the courts. The member was charged with harvesting a moose in their traditional territory. The Peguis First Nation sent a letter to the current premier advising the provincial government that Peguis will be defending their rights vigorously regarding their flawed implementation on the night hunting ban.

Care and Protection of the Natural World has reached out to the SCN/SCTRC to offer support and to assist with any strategy moving forward. We have also been collaborating with Peguis on a similar front. There is an understanding that we are seeking justice in defending our rights in a foreign justice system. We hold out little hope justice will be delivered at a provincial court level and a higher court will likely be required. I used to advise provincial bureaucrats that “you can’t reconcile a relationship with a lawyer on your side” The same analogy applies to governments. If they want to charge, convict, enforce their way towards a meaningful relationship then it is safe to say they have chosen “wreckconciliation” as their method.

Reconciliation was the desired outcome when the Supreme Court of Canada instructed the various crowns they had a duty to Consult and Accommodate, sadly its become a speed bump to the status quo. 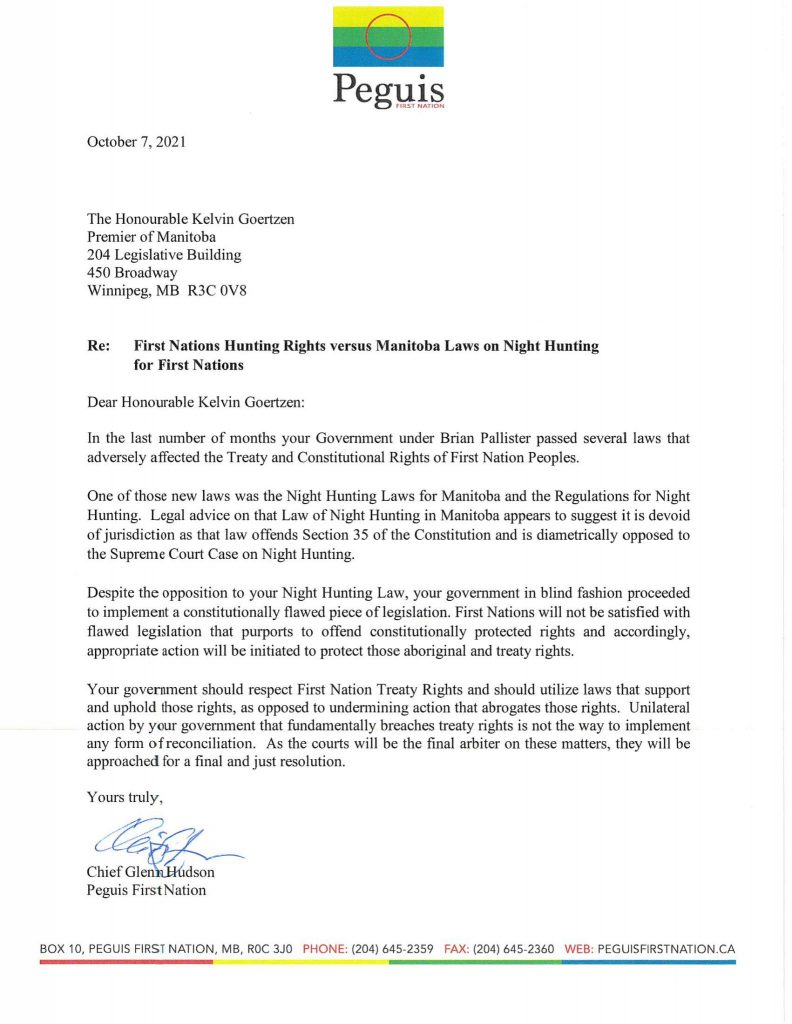 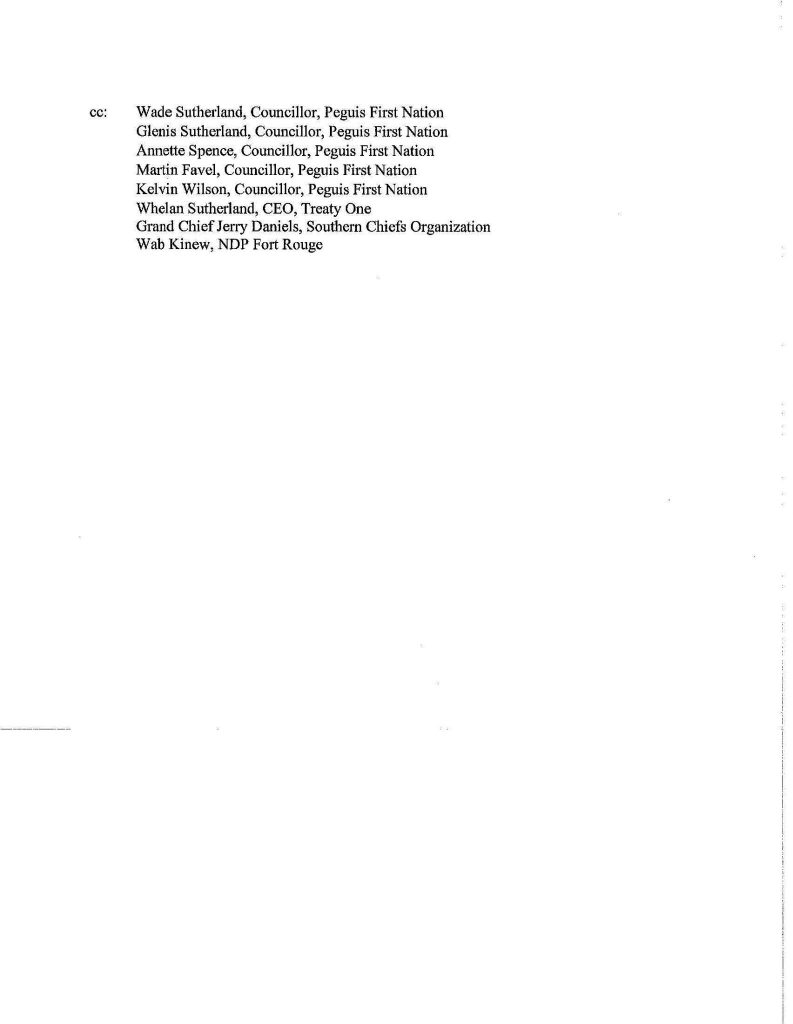 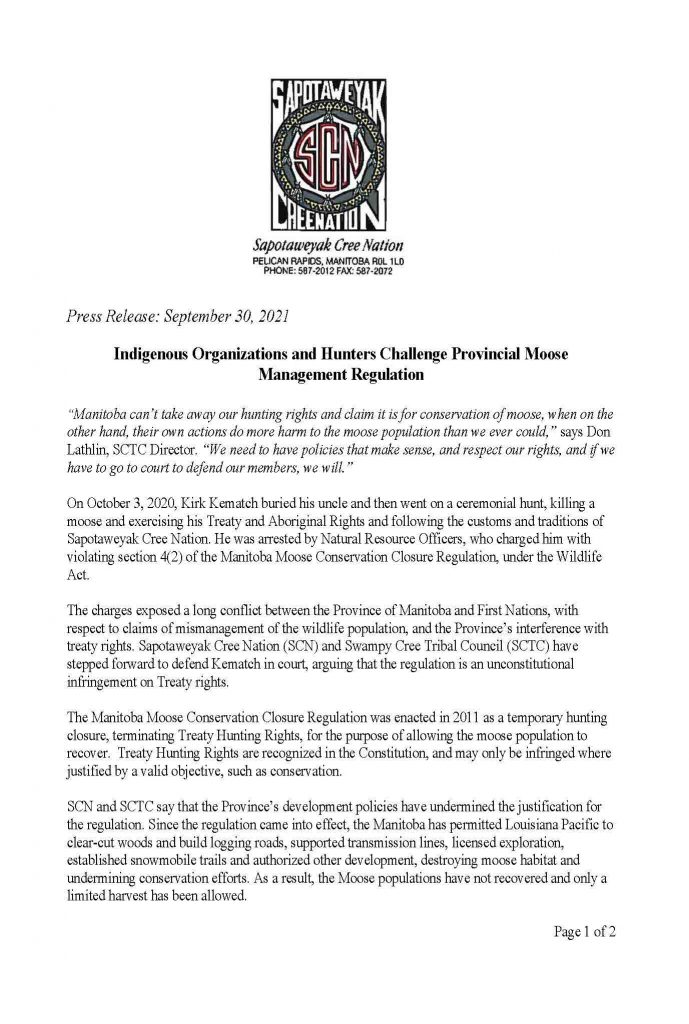 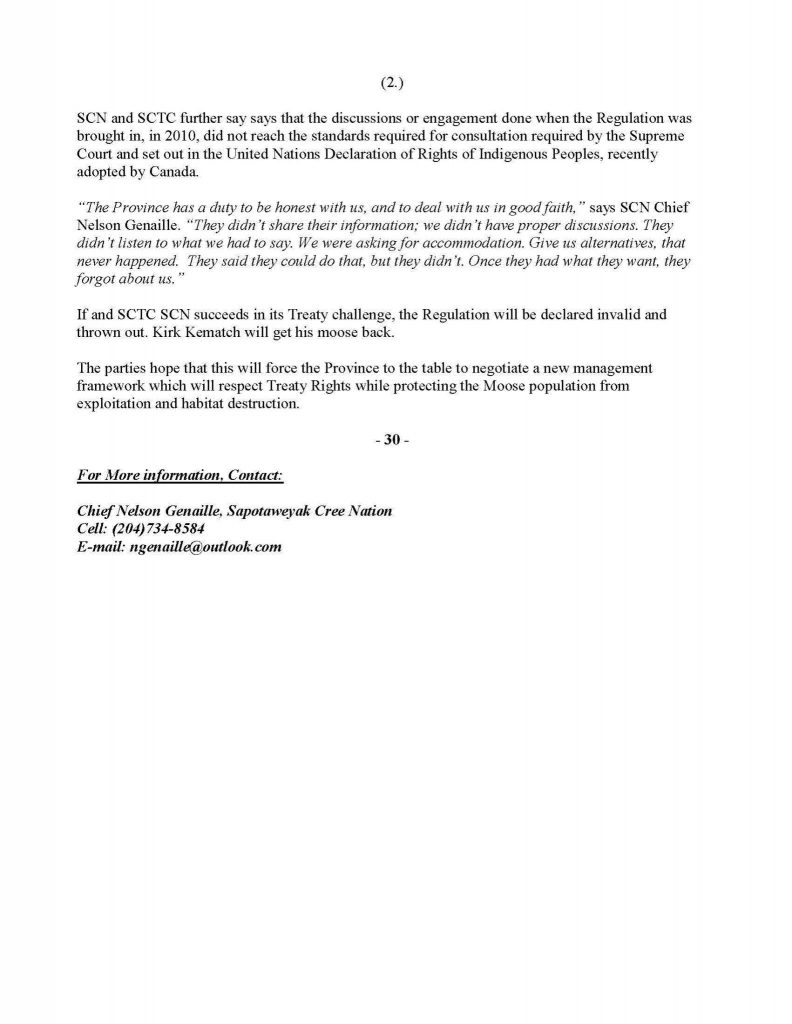