Treaty 2 Territory – The Peguis Juniors opened up their season last weekend and hosted the red hot NCN Flames.   Peguis’ Darien Murdock started off with a pair of goals to put Peguis on top 2-0, but NCN responded quickly with a goal by Armando Evans to split the score to 2 to 1.   NCN added another and the 1st period ended with a score of 2-2.

The 2nd period was filled with good tough hockey from both sides, and a bunch of goals.  The score was 6-5 NCN at the end of the 2nd.

The 3rd period was all NCN, and the final score was 9-5 for the visiting NCN Flames. 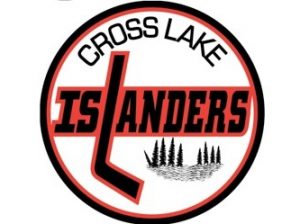 This weekend the Peguis Juniors are on the road to Cross Lake to take on the Islanders.  They are looking to bounce back and  Head Coach Jason Smith adds “I’m looking forward to our first road trip and the boys are excited to play again.  We’ve added a few new players and I’m excited to see the boys working together on the ice.  I think with a few more practices under our belts, the quality of our product on ice will jump substantially.  Good things are coming our way in Peguis.”

Peguis First Nation is located on Treaty 2 Territory, and the Juniors have a number of rostered players from the territory.  GO PEGUIS GO!