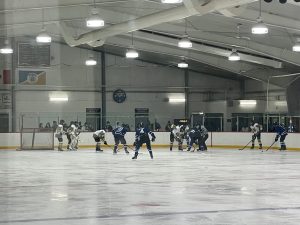 Treaty 1 Territory – November 13, 2021, it was cold, it was snowing BUT, that never stopped the U18 A1 Pinaymootang Knights from travelling 3+ hours to play the St James Canucks.   Fairford Minor Hockey Association is one of the most successful Anishinaabe Nation run hockey programs, which is made possible by amazing volunteerism and an awesome president, Nadine Anderson.

Nadine is the Manager and Head Coach of the U18 Knights, and she adds “We are the first ever full status Indigenous hockey team to play in a Winnipeg minor hockey league.”  Way to go Nadine, I’ll say on behalf of all the youth and parents, MIIGWECH for your countless hours you have put in to make this such a successful program!

The Knights came to Winnipeg to play the St James Canucks, but you wouldn’t be able to tell that Pinaymootang were the visiting team.  The house was packed with travelers to watch their kids play!  The first period was a very well played game on both ends, the auntie and koko factor was a definite advantage as it ended with Pinaymootang in front 3-1. 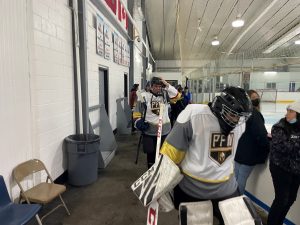 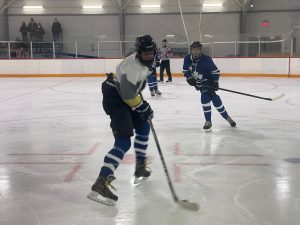 The second period was a lot of the same, with the auntie and koko factor playing its part the Knights had the lead 5-2 at the end of the frame. 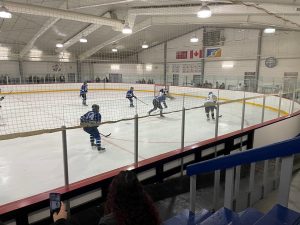 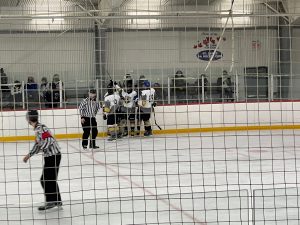 The 3rd period had a big push by the home town St James Canucks, and the Knights held the lead up until the 15 minute mark, when the Canucks banged home the tying goal.   The last 5 minute of the game had back and forth chances, but both goalies stood on their heads and kept the game tight. 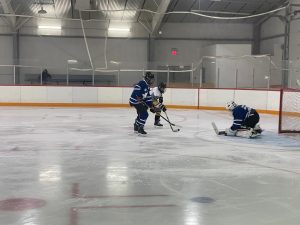 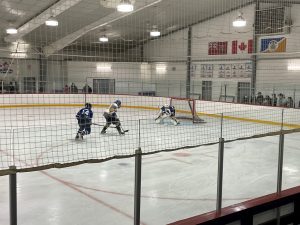 The game ended in a 5-5 tie, and it was exciting until the bitter end!  Go Knights Go!  Miigwech to Nadine Anderson and all the volunteers for the Pinaymootang Knights hockey program! 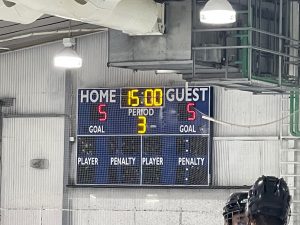 U18 A1 Pinaymootang Knights

THIS is what it is all about, community and kids having a great time doing what they love!

Whether it be hockey, volleyball, chess, playing cards, or even video games.  Being happy and healthy minded is the key to Miino-Bimaadiziwin (living the good life)!

If you would like me to come out and see your event, game, tournament (of any kind) please reach out to me, I would like to meet you all!

Miigwech for reading on these amazing young people.  Be kind to one another, even when its hard to be.