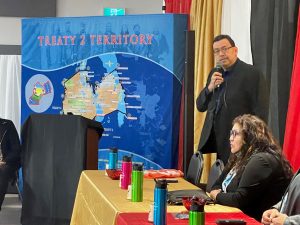 Treaty 2 Territory – Thursday, December 2, 2021 FNT2T Government were invited to Pinaymootang to celebrate the election of their new Chief, Kurvis Anderson.

Vivian Anderson (MC) welcomed everyone in attendance as well as FNT2T, she passed the mic along for opening remarks from council, Darlene Letandre, Barry Anderson, John Sanderson, Brian Sanderson, Clayton Sinclair, and Blair Thompson.  When Chief Kurvis Anderson spoke, he acknowledged everyone that came out, and even the ones that couldn’t make it.  Chief Anderson talked about wanting to fix the divide in the community and hopefully they can all move forward.   There was a packed house, with great food and it was such an amazing atmosphere of good people and vibes! 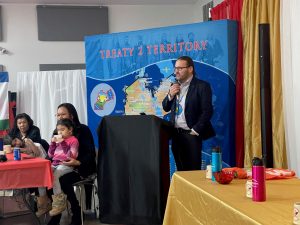 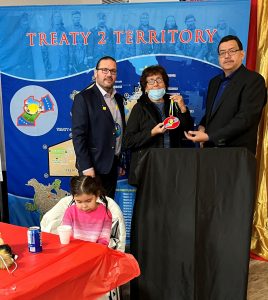 FNT2T Government staff Savannah Anderson, Dakota Marsden, Merv Sinclair, and myself (Craig Beaulieu) were all on hand to experience the awesome food, and good ole fashion visiting.   After the supper, Boh and I (Craig) were able to have a chat with Blair Thompson regarding sports.   Pinaymootang is really big on sports, and this was a great opportunity for Craig and Boh to get acquainted with the council. 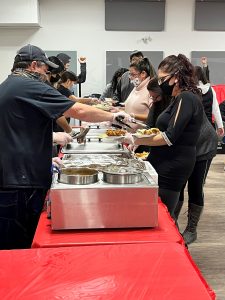 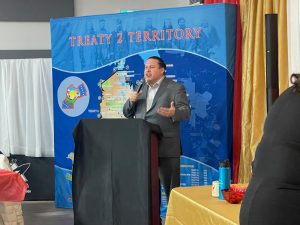 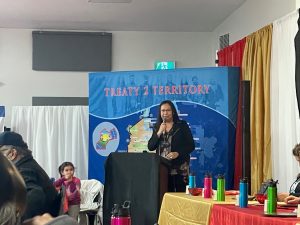 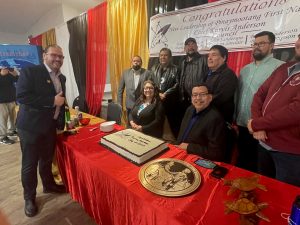 Miigwech to the newly elected Chief Kurvis Anderson and Council for extending an invitation to FNT2T Government.  We look forward to working side by side with you in the coming years!