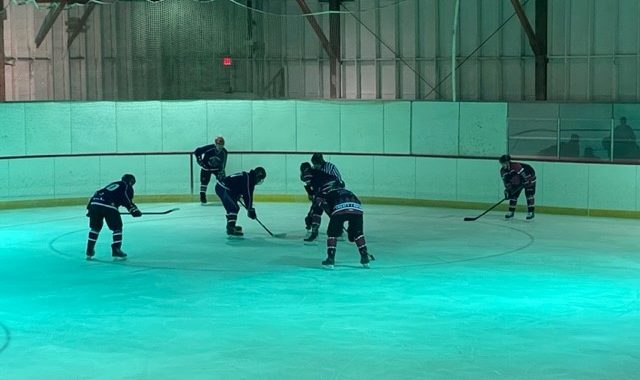 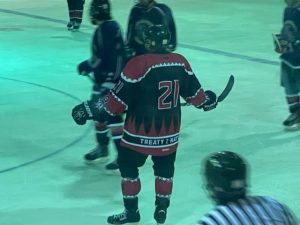 Treaty 2 Territory – Ebb and Flow Flyers made the trip on a cold and stormy night last Thursday to the home of Treaty 2 Territory’s Ogitchitaa, Aniimooziibiing for an exhibition tilt against the Lake Manitoba Eagles.    The rink had fans, young and old from both sides of the lake cheering on the young men on the ice.

It brought back a lot of memories of watching the Flyers back in Kakakwekejeong when I was a little one.  The game certainly didn’t disappoint with a lot of the neechie tourny trademark outlet pass.  I still to this day believe it was invented in some rez rink, because it was the first time I have ever seen an outlet pass ringette line to far blue line, in a rez hockey game. 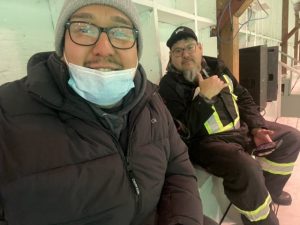 I got to sit and visit with our Aniimooziibiing Youth Council member Geoff Edwards.  He was playing good tunes for the game between the whistles, nation rinks volunteers are vital and its alwasy great that so many are willing to take their time to keep the rinks up and running! 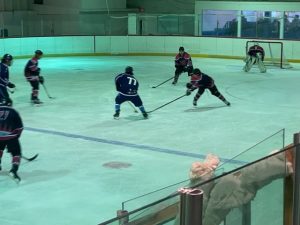 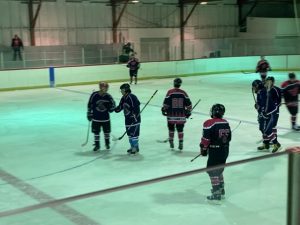 The Eagles scored at the beginning of the 3rd period to close the gap to 5-4, and they also added another to tie it midway through. 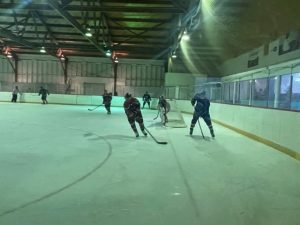 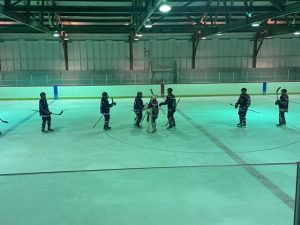 The Flyers capped off the win 6-5 with a goal by Shaq Houle, in the middle of the 3rd period.

It was awesome to sit and visit with everyone, great to see the older guys bring out some of the younger players to skate on both ends!  The rink is one of the best places to bring a nation together, and I look forward to many more friendly games between the nations.