Chief Derek Nepinak addressed the leadership and was looking forward to working with all the nations to move forward the government of FNT2T. This is a positive step for all involved, to be united and strong as a nation government for the people of Treaty 2 and  4 members that reside in the treaty 2 territory. It was another great day for the government of FNT2T and the nation of Minegoziibe Anishinaabe. FNT2T government looks forward to working with Minegoziibe Anishinaabe and all the nations in the treaty 2 territory. Please look for upcoming engagements in your nation. Please stay safe. 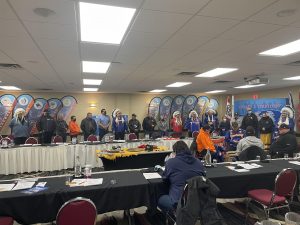 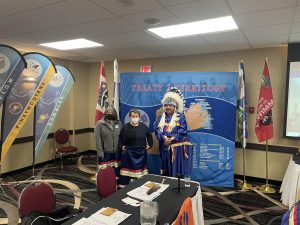