It was a proud and inspiring day for the Treaty 2 Territory Government (T2TG) as the Anishinaabek (Nation) officially welcomed “Minegoziibe” into the Treaty 2 Territorial Government. The “Piidigeshimowin” dancing-in ceremony is the inherent way to exercise our governing authority within the Anishinaabe constitutional framework to “Opt-in” into our Anishinaabe Government. And at the heart-entre of the legal proceedings was the “Odewegan” and “Binesii-mitig”. 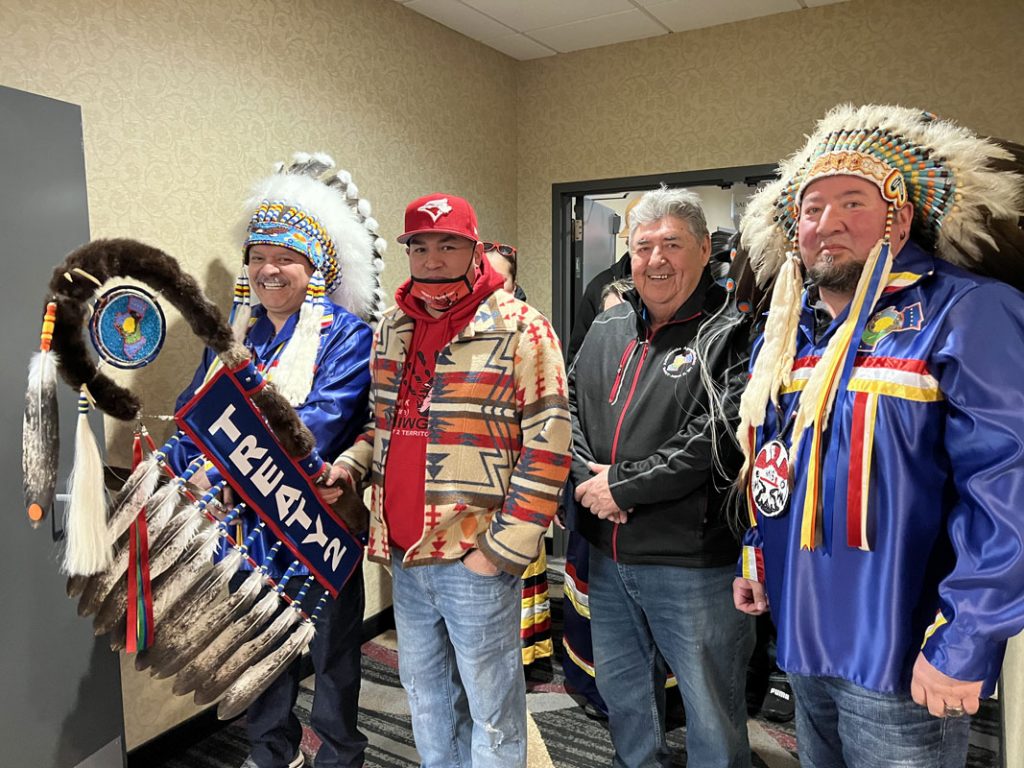 Treaty 2 Territory – As the governing proceedings unfolded opening remarks from the Ogichidaa set the tone for the Governing Council. Ogichidaa Cornell Mclean stated that “While the Anishinaabek works hard in reclaiming the sovereign legal space – paramount to this undertaking is the building of alliances between Treaty Territories”.

“I want to extend my gratitude to all the Ogimaa’s, Knowledge, Grandmothers, Ikwewag, Men’s and Youth Councils”. “I also want to extend a Gichi-Miigwech to our Lead Keeper for all his dedication and hard work along with our supporting keepers and helpers, amazing work.”

Ogimaa Derek Nepinak provided opening remarks on behalf of Minegoziibe, firstly, acknowledging his Nation’s Council for their unified approach to make decisions together. And offering respectful acknowledgement to the Odewegan and opening prayers. In a leadership context, he also shared his vision for reclaiming the space for governance and sovereignty to protect our way of life. Ogimaa Nepinak will assume the Niigaanii responsibility for the Children, Families and Nation. 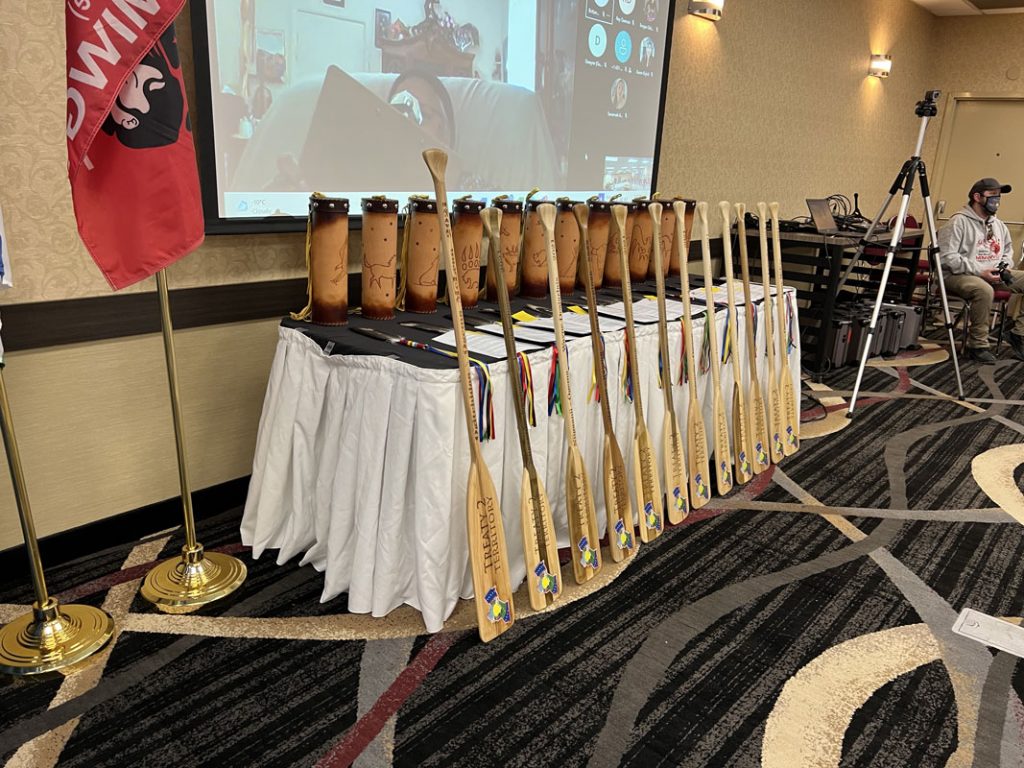 The “Wisaakoodaadiiwin Gizhabaabwewin” Unity Circle – legal oath and commitments were presented and signed by the Nigaaniziiwaad: The unity circle protocol sanctions self – determination and ethical responsibilities to the Nation. And solidifying the intent to remain unified toward asserting the Nation’s rightful place in Anishinaabe governance, political relational alliances, Anishinaabe Onakonekawin and Anishinaabe Agowidiiwin.

In a priority context, the discussions ensued around pushing colonial structures away to create jurisdictional space for the Ombigi Aawasoon Onakonekawin and Children, Families, and Nation Circle. The way forward underscores the delegation of accountability to govern responsibility and to keep within our own legal traditions in honour of Anishinaabe Abinoonjii’ensaag, Abinoonjiiwaag, and Oshki’aayaag. The Coordination Agreement process with Canada, Manitoba and Saskatchewan will bridge foundational relationships for our Anishinaabek and within our Territory aimed at bringing and keeping our children home and safe, keeping our families together and our Nation alive. 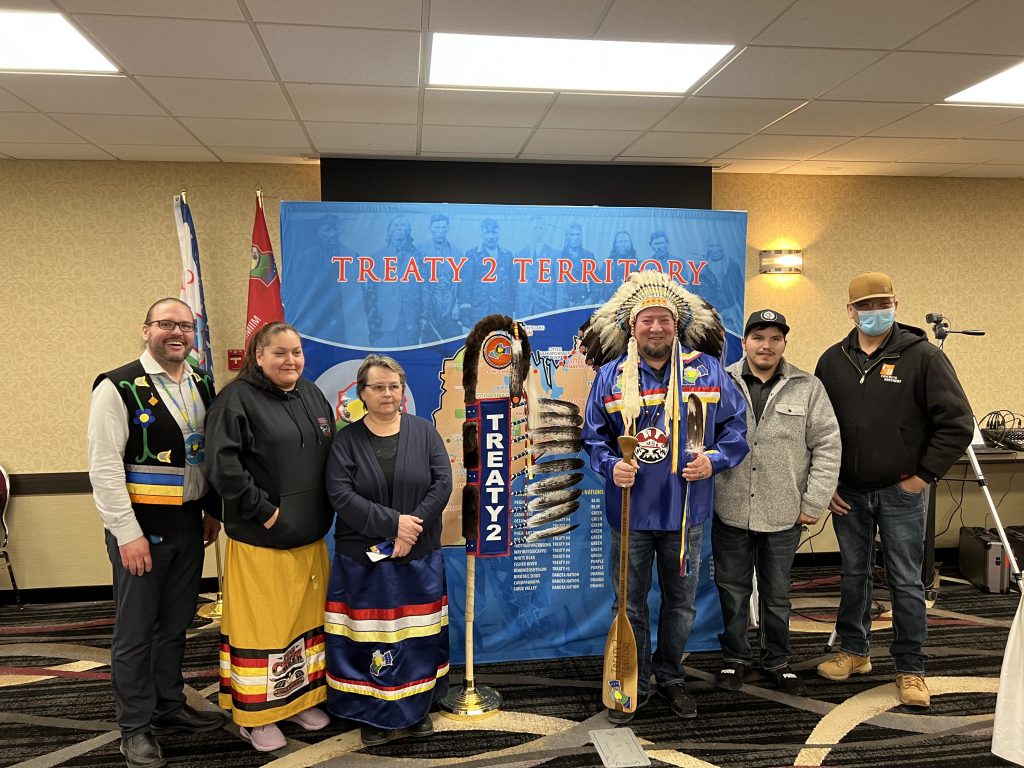