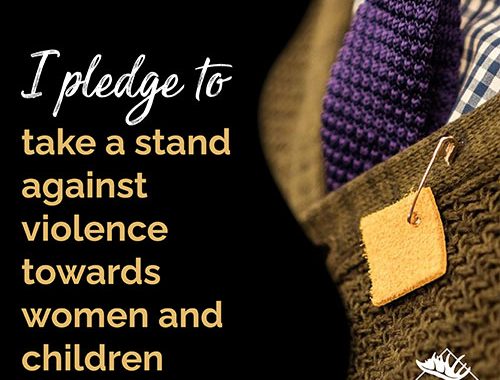 MOOSE HIDE CAMPAIGN: Standing Up Against Violence Towards Women & Children

Treaty 2 Territory- May 12th is Moose Hide Campaign day. The inspiration for the campaign came to co-founders Paul Lacerte and his daughter Raven in 2011 when they were hunting together on their traditional Carrier territory. They were close to the Highway of Tears in northern British Columbia, where so many women, particularly Indigenous women, have gone missing or been murdered. Reflecting on the sorrow of this setting, they brought down a moose that would help feed the family for the winter and decided to use its hide to create the very first moose hide pins. Since then, the campaign has grown into a recognized nationwide anti-violence movement, with thousands of participating communities, schools, and organizations. Over two million moose hide pins have now been distributed in Canada and across North America.

A few stats that may raise your awareness:

“The Moose Hide Campaign provides a sacred space to contribute in our nation’s healing journey. It is a movement that calls upon people to speak up, take action, educate and support each other!” (Murray Sinclair, former Chief Commissioner of the Truth and Reconciliation Commission)

Across Canada, organizations, communities, and nations are embracing the Moose Hide Campaign.  They are part of a growing network of inspired citizens answering the call to put an end to widespread domestic and gender-based violence once and for all.  The campaign has spread across all levels of government, police forces, Indigenous nations, the not-for-profit sector, K-12 schools, and post-secondary institutions – and many others are taking it up to create safer spaces and support reconciliation.  It’s an Indigenous innovation for the benefit of all Canadians.

Moose Hide Campaign gatherings are opportunities for experiential learning and reconciliation.  Participating in the campaign is a practical way for all of us to take action on the United Nations Declaration on the Rights of Indigenous Peoples (UNDRIP), the Truth and Reconciliation Commission of Canada Calls to Action and the National Inquiry into Missing and Murdered Indigenous Women and Girls Calls for Justice.

FNT2T will be setting a ‘Moose Hide Campaign’ kiosk at the Hockey Tournament in April so please stop by and show your support by picking up and wearing a moose hide pin.