U7, U9 & U11 Division Play Wraps Up at Treaty 2 Minor Hockey Championship

It’s important we recognize all of the talented children who came out to play; they’re all winners in our eyes and this championship was more about fun and friendship than anything else.

YOU ARE ALL CHAMPIONS!!!

Congratulations to the Ebb & Flow Flyers U7 Team who were crowned Treaty 2 Minor Hockey Championship GOLD MEDAL CHAMPS!!  These are the “boys with braids”! They played hard and were determined to win that U7 Cup!!
We share Congratulations to the Runner Up – Minegoziibe Warrior U7 Team who are our Silver Medal Champions. The young ones played hard, they had fun and they are proud to represent Pine Creek! 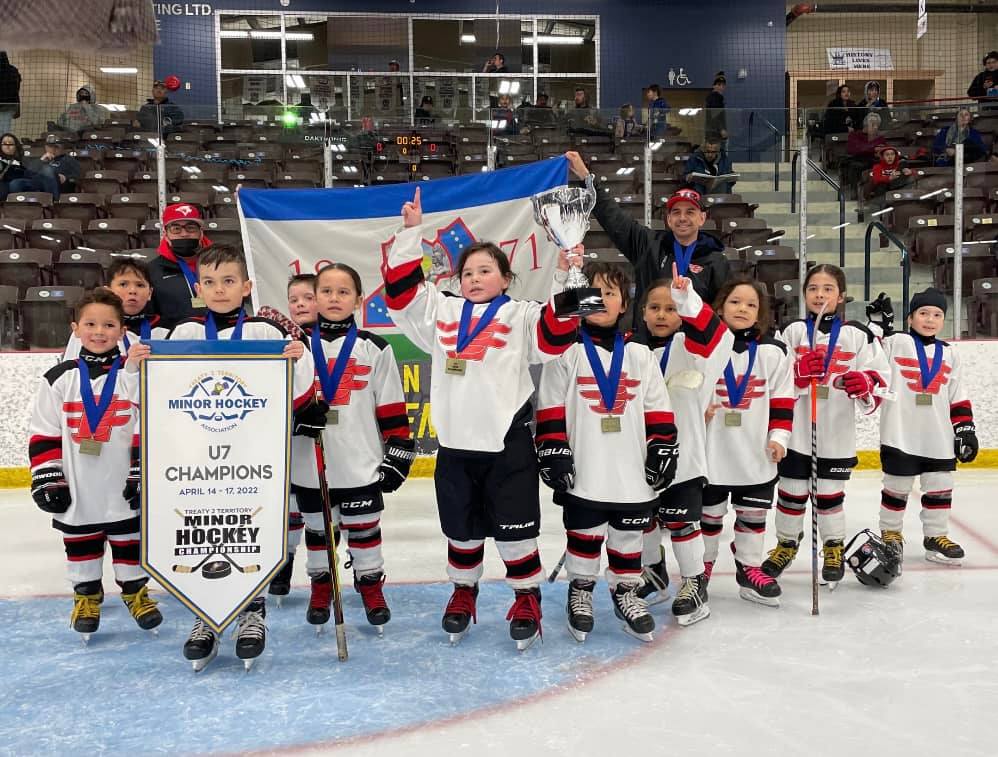 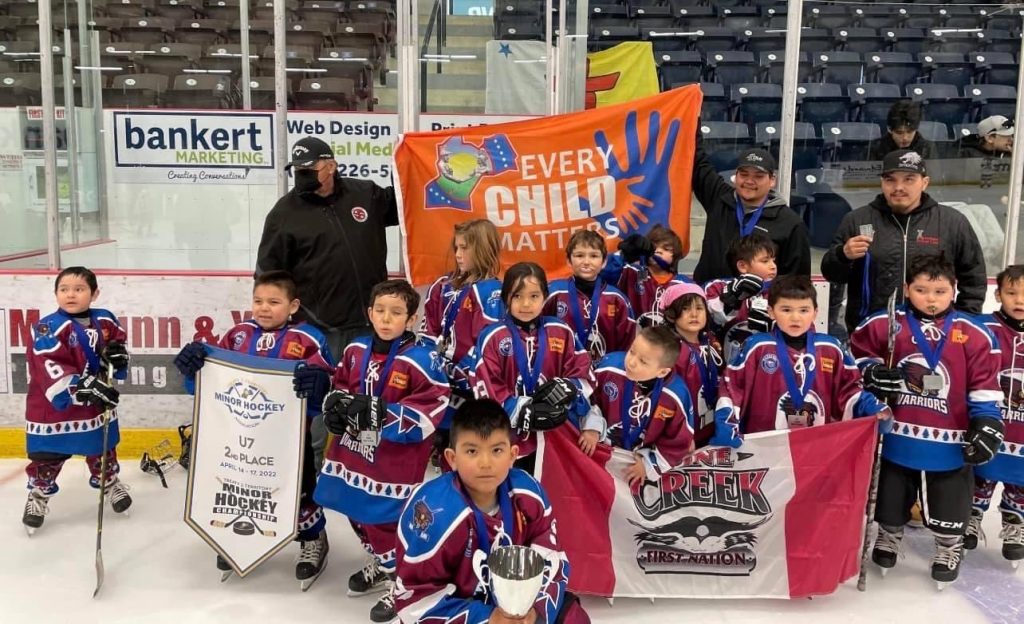 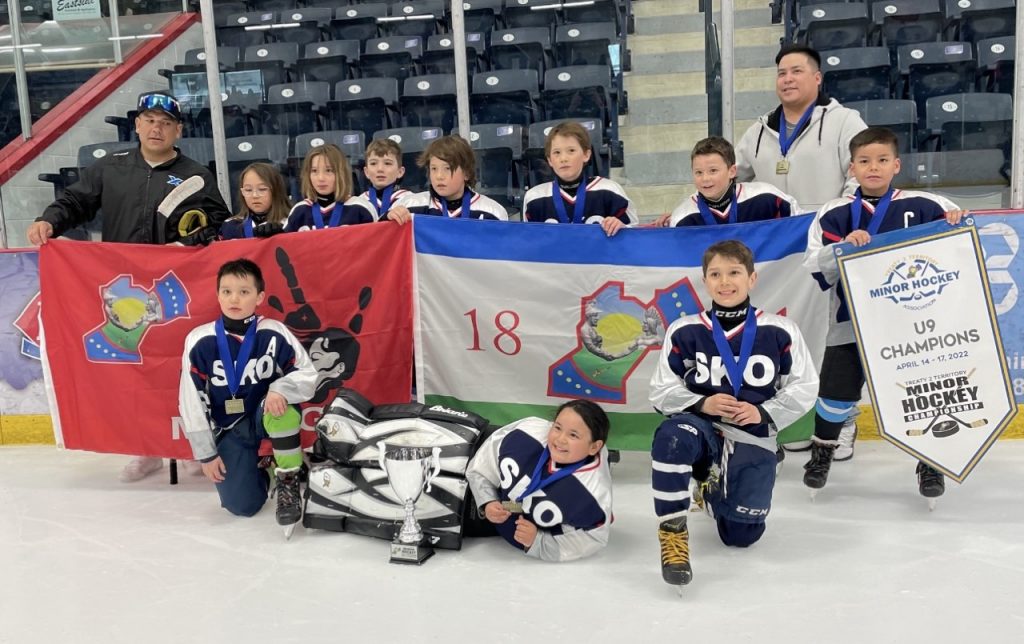 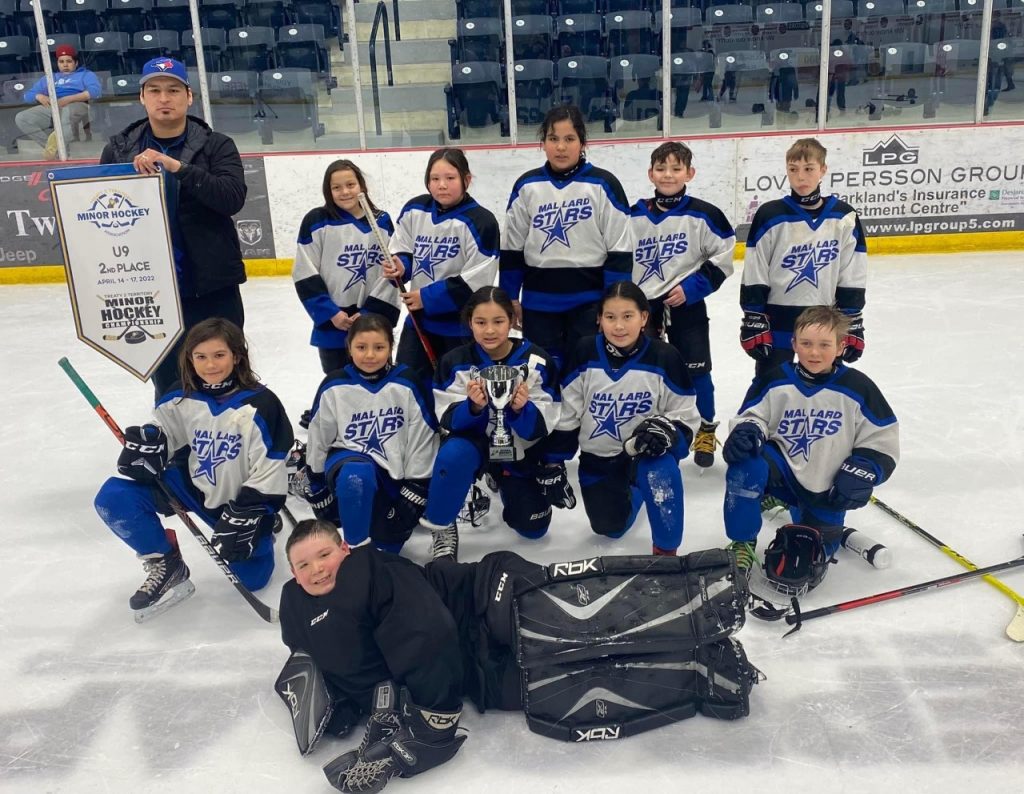 U11 Division
Congratulations to Chitek Lake (SKO)  U11 Team being crowned the Treaty 2 Minor Hockey Championship GOLD MEDAL CHAMPS!! Some future NHL Players on this team!!!
U11 Silver Medal Champions are the Crane Bay Knights who played their very first time together as a team. Congratulations boys and girls!!  You’ve earned beautiful silver medals!! We are so proud of you all!! 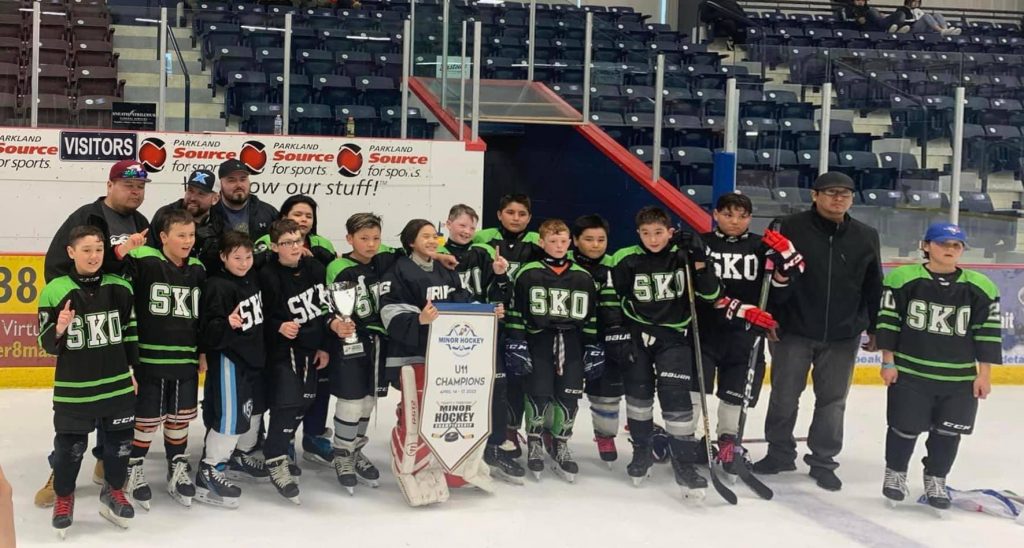 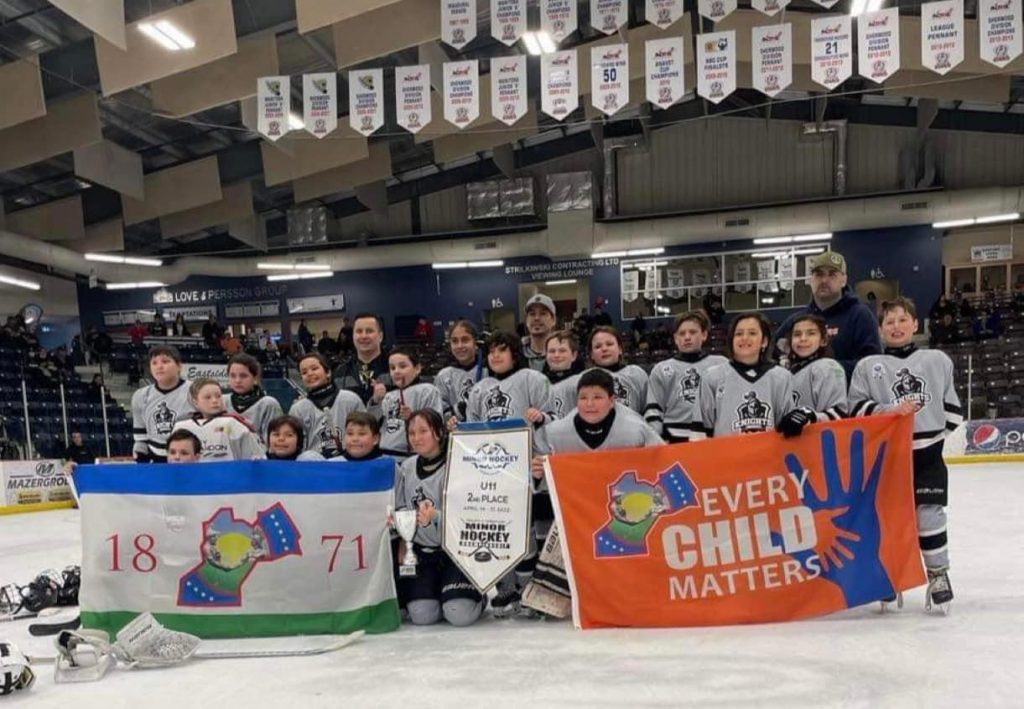 We thank all of the coaches, parents and helpers who brought these teams to participate!
Contributed By: Marlene Davis, Nation and Economic Development Helper