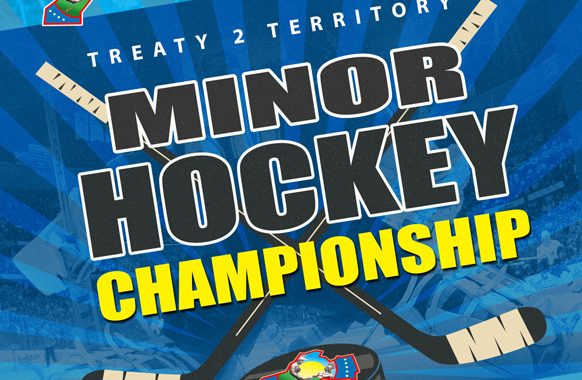 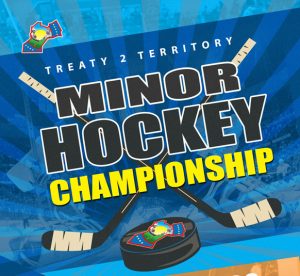 To say the tournament was a success is an understatement.  The feedback we have been receiving from players, coaches, and players is proving that hockey has been missed by all during the tough times covid has brought us.  We couldn’t have done it without our awesome volunteer team and staff that attended to the tournament, it was truly a team effort!

Our weekend started on Wednesday with 3 late games for the U20 Junior Hockey Challenge.  All games were fast paced and the players showed no fatigue even though some had to play back to back.  We would like to take this time to send our salute to our U20 sponsors, Dawson Law, RezGal Lashes, Lacquette Construction, Kiniw Management, and Manitoba First Nation Education Resource Centre. 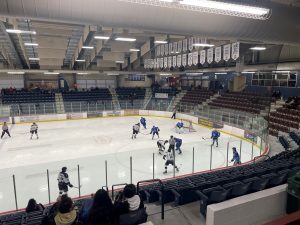 The Minor Hockey Tournament kicked off at 8:00 am on April 28, with the feisty and VERY entertaining U7 and U9 Divisions.  They all played hard and the parents showed up to cheer the kids on, parents you’re the real MVPs!   Ultimately it was the Ebb and Flow Flyers who won the U7 division and SKO who took U9 Championship titles, but that doesn’t take away from any of the other teams, you all came to play and it was awesome to see our future superstars having so much fun on the ice!

The U11 Division also started on Thursday morning with a match up between Crane Bay Knights Vs Chitek Lake Thunder (SKO), and Chitek Lake going on to win.  All Nations and Arviat Wolves squared off during the 2nd U11 game with All Nations moving on to the next round.

Friday started with more entertaining hockey, the 8:00 am game featured a U13 game between the reborn Minegoziibe Warriors Vs Norway House Bruins, Norway House went on to win the game.  It was followed by a match between Long Plain Vs Arviat Wolves, Long Plain came out on top.

The U15 and U18 divisions also got started on Friday, and it also featured the Opening Ceremony with a prayer from Knowledge Keeper Mary Houle of Kakakwekejeong.  She praised the organizing committee and gave recognition to her life partner, the late Percy Houle. 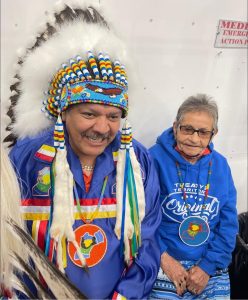 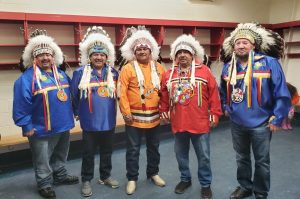 Our Ogemak shared words for the kids and the patrons in attendance, we were honoured with songs on the drum by John Houle.  It was a powerful and touching ceremony, we showcased who we are as a people and it was well received.

Friday finished off with some good hockey, the U20 game closed the night, and everyone stayed to watch right until the end of the night.

Championship Sunday was just that, a great Sunday of fast paced hockey.  The talent keeps getting better and better, and the games could have went either way, so many over times, so many 1 goal games.

The entire tournament was tiring and wasn’t without its hiccups.  But we would do it again in a heartbeat, this is all for the kids and the youth of our nations.  We salute all the nation volunteers and parents who make this happen for your abinoojek.

Miigwech to all who attended to make this a weekend to remember!  Congrats to all the Champions, and to everyone who played, YOU’RE ALL CHAMPIONS!  Next year is set to be bigger and better so stay tuned for the official announcement.

Enjoy a couple of pictures from the weekend. 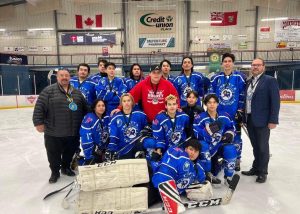 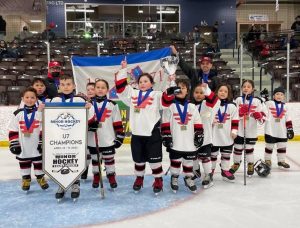 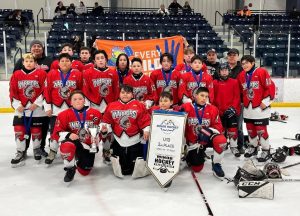 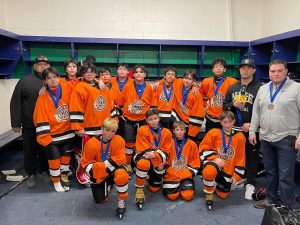 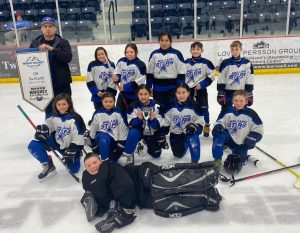 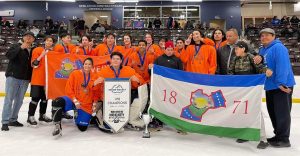 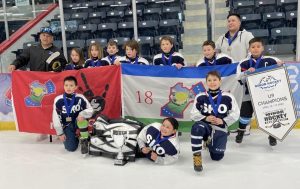 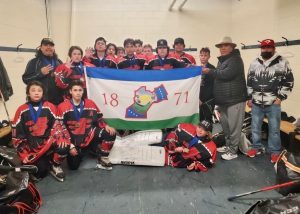 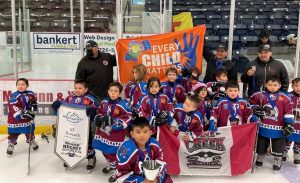 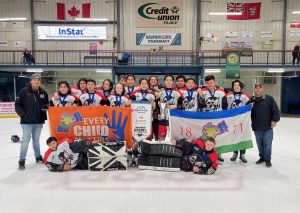 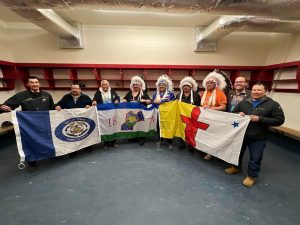 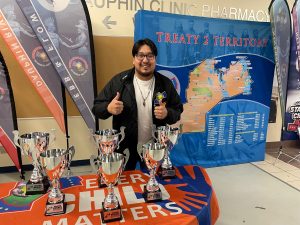 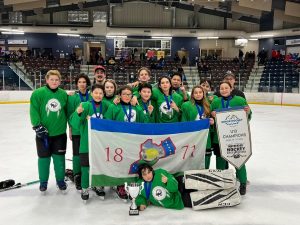